Cash is king in NFS Unbound and it's all about the risks you take as you hit the streets of Lakeshore City. Unbound has the potential to revive that innate 'Need for Speed' in us. 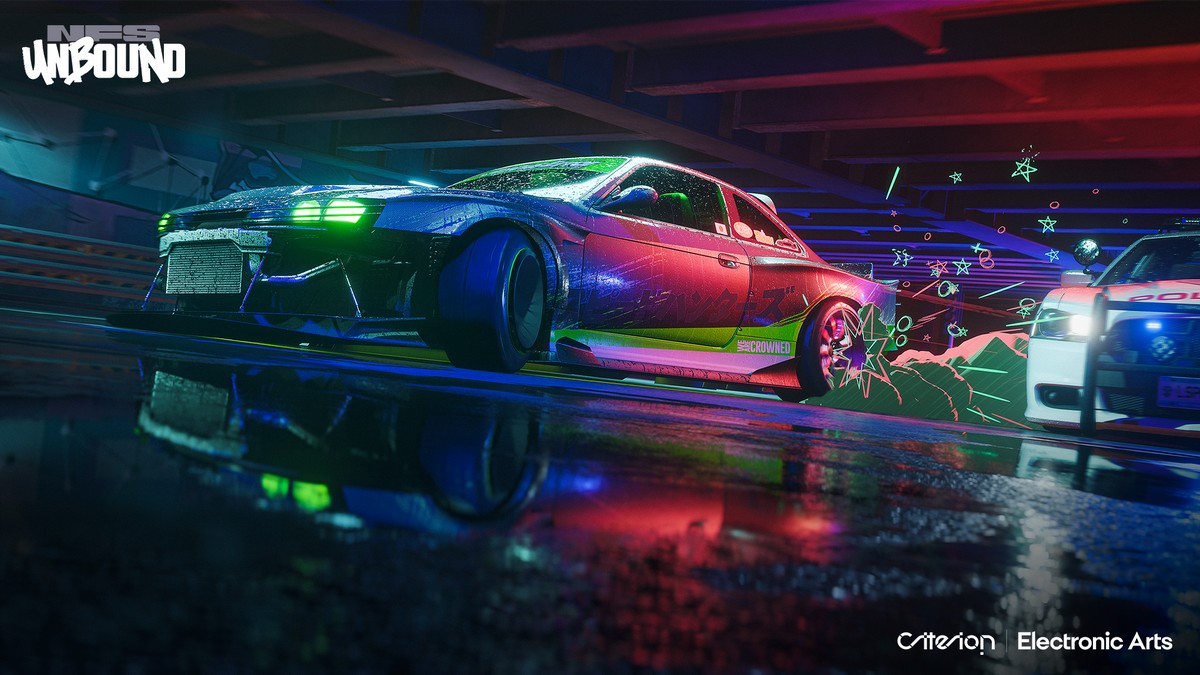 The Need for Speed is back in me, finally. Electronic Arts have come up with another NFS game and before I get to the million-dollar question of “what’s new” about it, let’s get the obvious answer out of the way first. Yes, this game is heavily focused on anime-style driving effects. That is one of the “driving” factors which makes Need for Speed Unbound special. 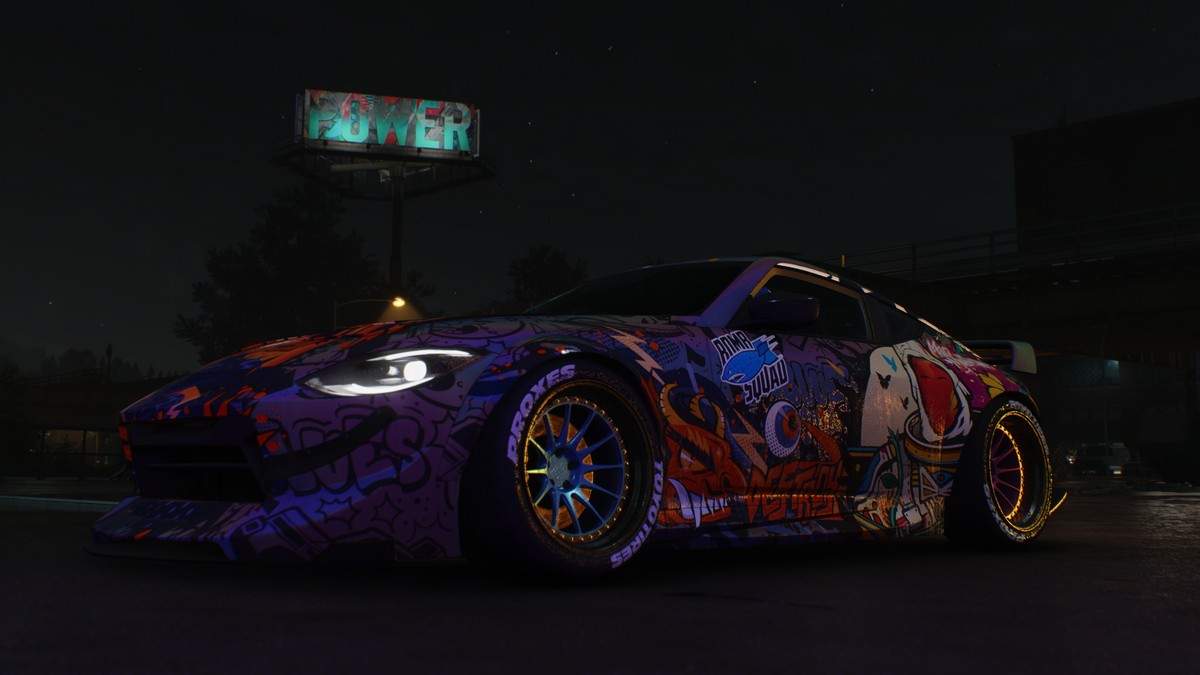 Need for Speed Unbound is the latest and to be precise, the 25th major NFS game to come out. We all know there’s a long history of racing games attached to that stat and Unbound has to offer something unique while superseding the previous instalment, namely NFS Heat which came out in 2019. Not to mention, it’s almost inescapable to not talk about the iconic NFS Most Wanted from 2005, a game so good that EA has struggled to replicate that same magic, with Underground being an exception.

Electronic Arts values racing games and it is currently the mega-studio which owns F1 video games maker Codemasters and also Burnout developers Criterion Games. Speaking of which, Criterion Games have been handed the nod to bring that Burnout touch to NFS Unbound and they’ve certainly succeeded.

Same old NFS or something new?

If cartoonish smoke coming off your tires, and graffiti and spray-painted wings flying out of your car while you’re ten feet off the ground isn’t your thing, that does not necessarily mean that the game isn’t for you. The game gives you the option to turn off these driving effects and even without them, NFS Unbound surprisingly does have enough to offer to make you hang on to your seats as you try to make it big in Lakeshore City. 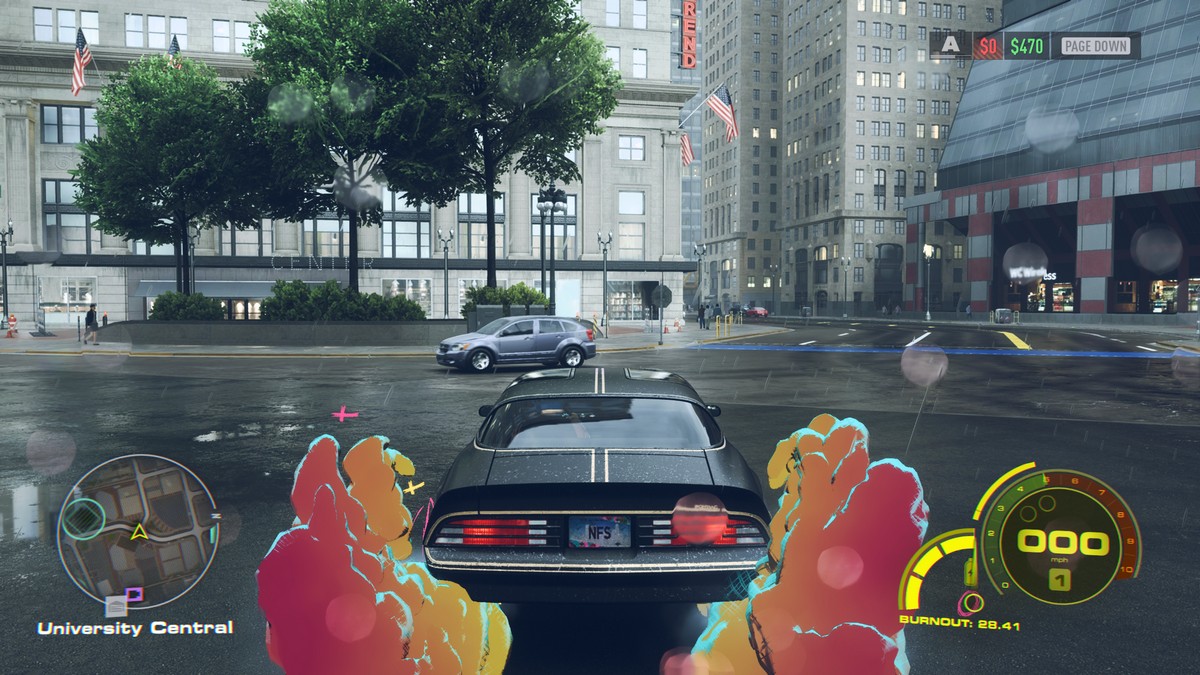 Need for Speed Unbound kicks off as a story of two friends working at a garage and how they’re looking to make it big in the street racing world. I admit that in the initial stages of the game, the story felt not as engaging as I hoped for it to be, but it gradually does get better.

Like every NFS game before it, and to be fair a lot of games out there, it hinges on the idea of building from scratch and making your way to the top. Unlike other games with a clear villain arc, the NFS Unbound has offered a slightly more complicated layer to its story, at least as far as I’ve played it. Truth be told, it’s an almost generic storyline but with a much-needed layer of complication attached to it.  While that is the case, the story is sadly not as engaging as I’d have liked it to be. If you want to immerse yourself into it, you’d have to make an extra effort for that as there aren’t many cutscenes to take the story forward with your focus totally on those cinematic moments. Unbound gives you the chance to stay with the story by paying attention to the conversations or listening to the radio talk show while you’re driving in Lakeshore. If you’re more inclined towards racing your heart out on the streets, the absence of too many cutscenes can actually serve as a plus point since it's up to you when you want to pay attention. NFS Unbound is fun and it does not rely on its storyline for it. While the story requires effort, immersing yourself when driving in Lakeshore is effortless and natural. Lakeshore’s world is pretty-detailed, and you’d find out after exploring it for a while. Criterion decided to add pedestrians to the game and just like in Midtown Madness, you won’t be running over them no matter what. The problematic part is something else, the game’s NPC crowd is not even an aesthetic addition and if you pay attention, you’ll often find them standing like they’re frozen in time. While Lakeshore City feels like a world built with in-depth consideration, the city is filled with a hollow crowd.

Now when it comes to actually driving the cars, you can feel that Need for Speed and the mesmeric thrill. You’ll feel the rush when driving those supercars and you can be on the edge when you’re trying to evade the cops with loads of cash at stake. The cars look highly realistic and there’s a variety of design and customisation options available for players to make them look even better.

However, after the first major story arc is over in the initial stages of the game, you’ll find yourself racing with a car that feels too slow to even be out on the streets. Even more so if you’re playing in the intense difficulty (highest difficulty mode available). At first, you'd be chasing tail lights but eventually, you’ll upgrade that car and move up the grid to win races. NFS Unbound’s gameplay features a weekly calendar where you’re out trying to earn enough cash and upgrade your car to ensure you can participate in the weekly qualifiers to eventually make it to The Grand, which is the ultimate street racing tournament to make it big.

You’ll tighten your belt at some point, contemplating which races are worth the buy-in and strategically make your way through the week to take part in the all-important qualifiers.

But the beauty of Unbound is that you can lose races but still have enough chances to make up for it and be prepared for the weekend. If players fail to have the cash or upgraded car to part in the Saturday qualifiers, the game gives players the chance to go back to last Friday and try again to earn the cash.

It’s all about the risks you take in NFS Unbound

Trying to get it all without taking risks is not an option in NFS Unbound. To achieve any gradual progress, you’d have to be risky. NFS Unbound, at its core, is all about the risk-reward system. Higher the stakes, the higher the rewards.

Players who’ve played NFS Heat would be familiar with the weekly calendar and day-night system. For those unaware, here’s how it works: Players get to take part in events during the day and at night. Night events generally pay higher and have a higher buy-in as well. Additionally, racing at night means there’s an increased chance of more heat level, which in turn means, faster and tougher cops trying to bust you. Whatever money you earn in a race, be it during the day or night, needs to be cashed into a safe house for it to be secure. If you’ve not cashed it in and get busted, you lose that money. Furthermore, the higher the heat level, the higher the amount of cash you’ll earn when you evade the cops.

While the safe approach is to bank that money into the safe house each time you complete a race, there’s a catch. When you hit the streets and make your way back to back to the safe house, you effectively end that period of time (day or night). So if you want to take on every race available during the day or night, you’d have to take the risk of losing all that hard-earned sum if you get caught. This adds so much more thrill to the cop chases, which has to be one of those standout reasons to play NFS Unbound even if you’re not into the anime-style effects and characters.

More than just moving from one race to next Criterion Games has added a lot of side content to explore which helps you earn some much-needed cash if you’ve taken too many risks and couldn’t earn money from the races or got busted with a lot of cash going away.

Cash is king in NFS Unbound and you’ll find plenty of opportunities to earn it, not just by racing. There are billboards to fly into, items hidden in plain sight to smash, and gas stations to discover. All of these are present so that you don’t feel like you’re completely stuck when it comes to progress. Completing these collections also unlocks customisation options and cool, new driving effects to apply to your car.

Not only that, there are side missions like delivering high-end fast rides within a limited time, or reaching the destination by evading cops and ensuring the ride is not a piece of junk by the time you achieve that. 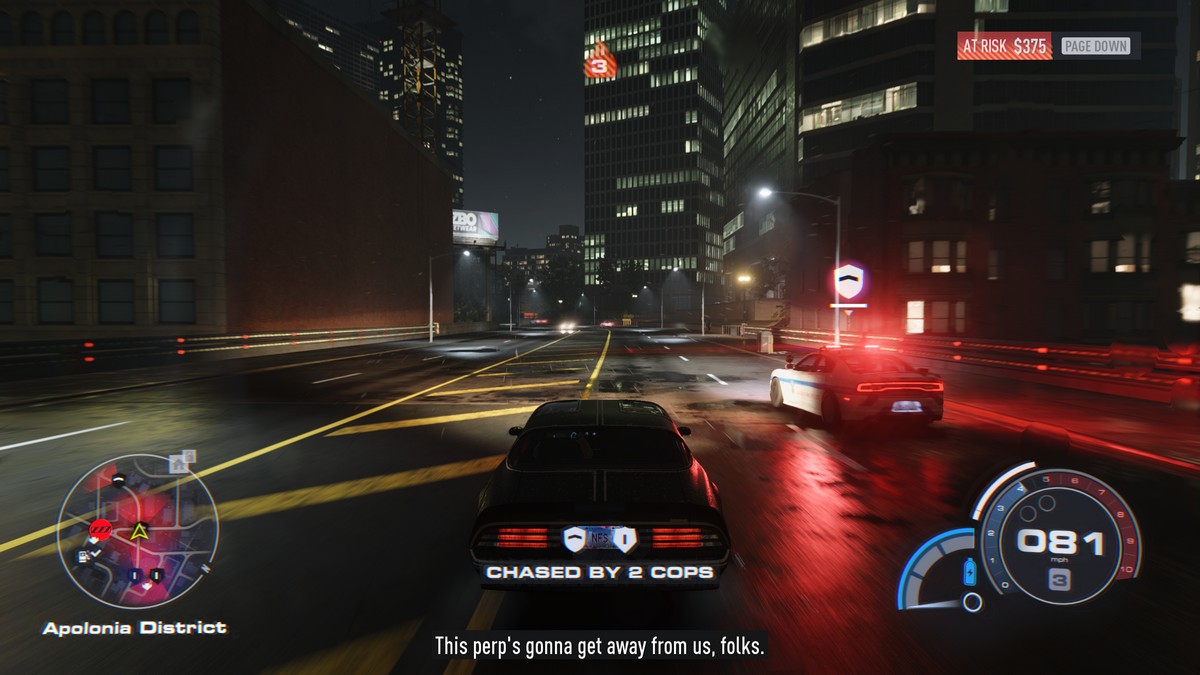 Need for Speed Unbound offers the thrill of a cop chase impressively. I did feel there should have been interactive ways to take down cops like the way Most Wanted 2005 offered. In NFS Unbound, taking down cops is slightly harder to execute and requires you to smartly manoeuvre your way through the city, as you try to force them into errors.

While it’s understandable that the game wants players to stick to the race course, the race checkpoints are way too strict. I’m not talking about taking a different route or a shortcut here, you could be sticking to the route but the checkpoints are strictly on the road, so if you drift off too much or make a turn while using the footpath to give yourself some edge, you’d find yourself reset back to the checkpoint for missing it by even a couple of inches. It’s annoying and when you’re playing in intense difficulty, it effectively means you’re not going to catch up to the race leader. This coupled with limited or no restarts adds to some frustrating losses.

While Need for Speed Unbound’s anime-style driving effects certainly hit the right chord with me, the game’s character models did not. But that’s okay too because at one point, you pretty much don’t care anymore and there’s not a major focus on characters, or cinematic cutscenes anyway. 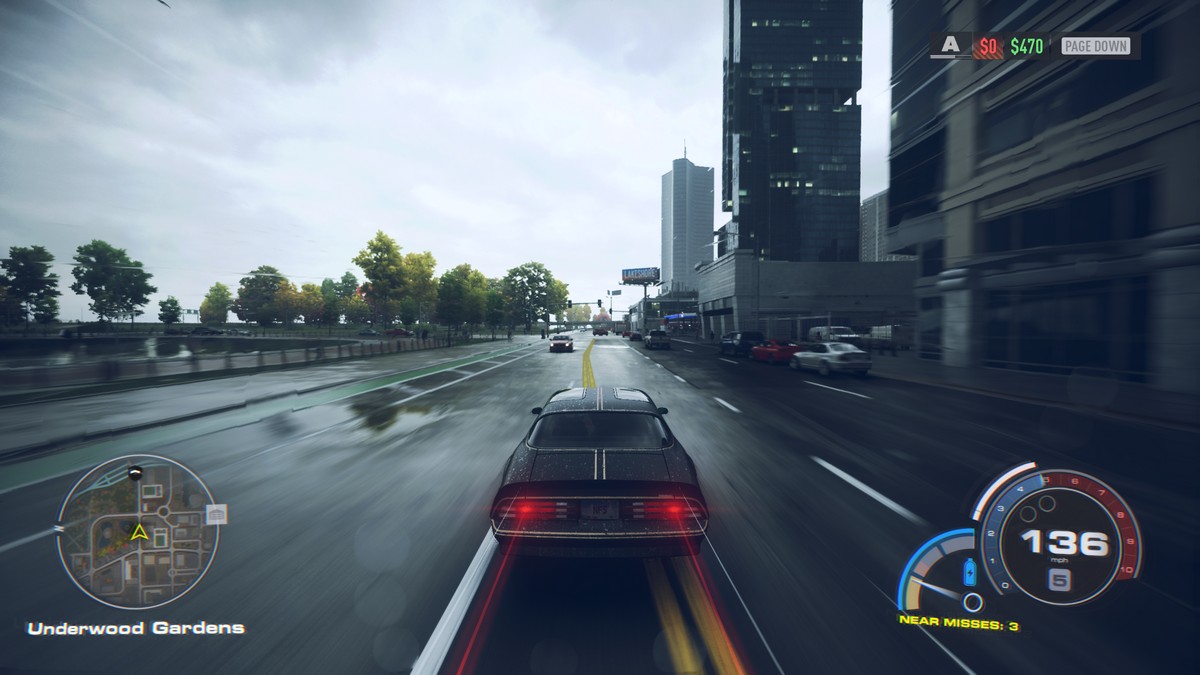 Need for Speed Unbound brings back that street racing feeling for me. When I picked up NFS Unbound, I went in ready to be disappointed once again but it turned out to be the racing game I could actually stick to. Unbound is unapologetic in its approach to bringing a new style, something that has been missing in the NFS series for so long. Need for Speed Unbound feels fresh and offers a whole new vibe to street racing. Despite some minor bumps that temporarily bring the game off-track, Unbound has managed to hit the ground running to bring back that ‘Need for Speed’.