Valorant India Invitational, the first Off-Season from Riot Games concluded yesterday in a Hyderabad LAN Tournament. Here's where you can learn all about the winners, the prize pool, and more. 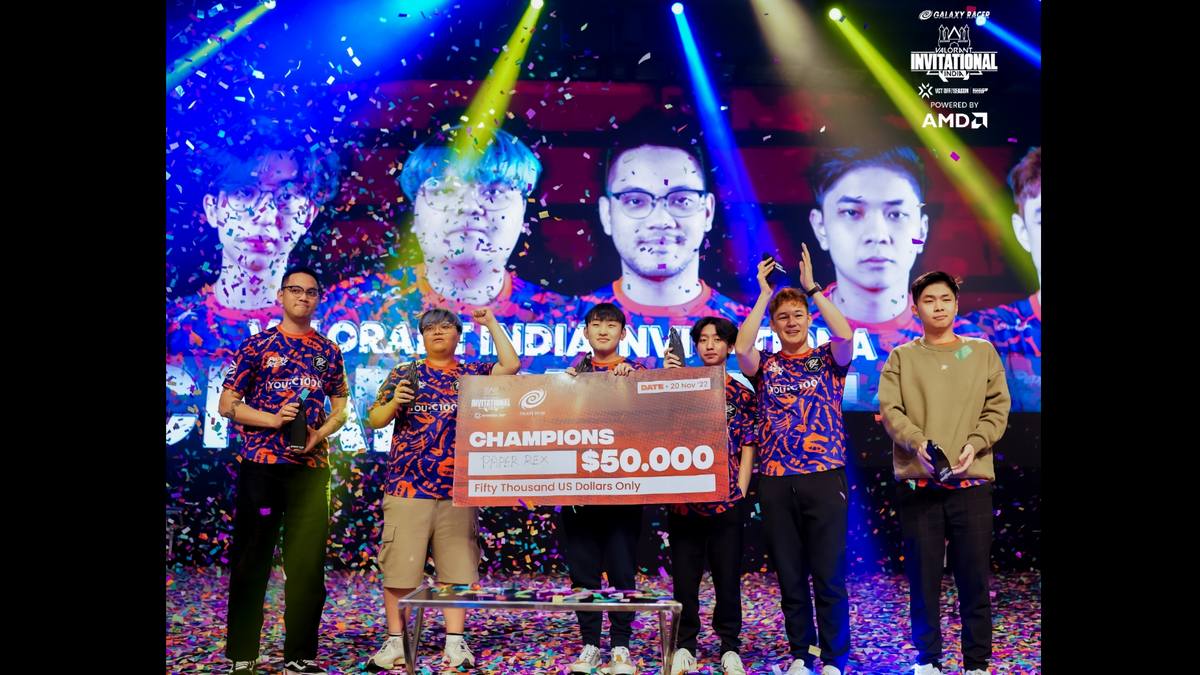 The first Valorant Off-Season that took place in India commenced yesterday, declaring the Singapore-based Paper Rex the winner. They competed against seven other teams from across the Pacific Territory to claim the title of the Champions. For more details on the prize pool, the Valorant Invitational India, and more, keep reading.

Riot Games introduced the latest format for their flagship esports event, the Valorant Champions Tour earlier this year. The Off-Seasons were revealed as mini-tournaments to be organized by third-parties in association with Riot Games, to be held in the ‘off-season’. This refers to the period after the conclusion of the Champions Tour, through the months of October, November, December, and January. No Global Events, Challengers, International Leagues, or Game Changers are held in this quarter.

Off-Seasons will allow regional eSports organizers to come up with events that will provide new faces a chance to try their mettle in international competitions. The first of its kind held in the Indian subcontinent- The Valorant India Invitational, concluded after a three-day showdown this weekend. Here are all the details of the winners, prize pool, and more.

The Valorant India Invitational was organized as a LAN event in Hyderabad by Galaxy Racer, from November 18 to 20. There were eight competing teams from Singapore (Paper Rex, Bleed Esports), the Philippines (Team Secret), Indonesia (Rex Regum Qeon, BOOM Esports), Spain (Team Heretics), and India (Enigma Gaming, GodSquad). The total prize pool was of $100,000 USD, which was divided by the eight teams.

Paper Rex took home the prize money of USD 50,000 for emerging as the Champions. They won 3-1 against their opponents, Team Heretics. The latter who finished in the second position grabbed a prize of $20,000.  Here’s the final prize money breakup and ranking of the eight teams at the end of the Valorant India Invitational 2022.

As for the highlights of the first Valorant Off-Season to be held in India, the Valorant India Invitational, culminated with the Sunburn Music Festival. However, this is not going to be the end of all the Valorant action in India. The Penta Pro Series is to kick off by the end of this month. This South Asia(SA) & South East Asia(SEA) region tournament will be held over three phases of Regional Qualifiers, Playoffs, and the Finale. Two qualifiers will be organized in India for the same. While more information on that is yet to come, we already know that the Finale will be held in yet another LAN, this time in Bengaluru, Karnataka.