The most we have seen on the upcoming Amazon Prime TV series on Fallout is via leaks and rumors. Now there's an official reveal. Here's everything you need to know. 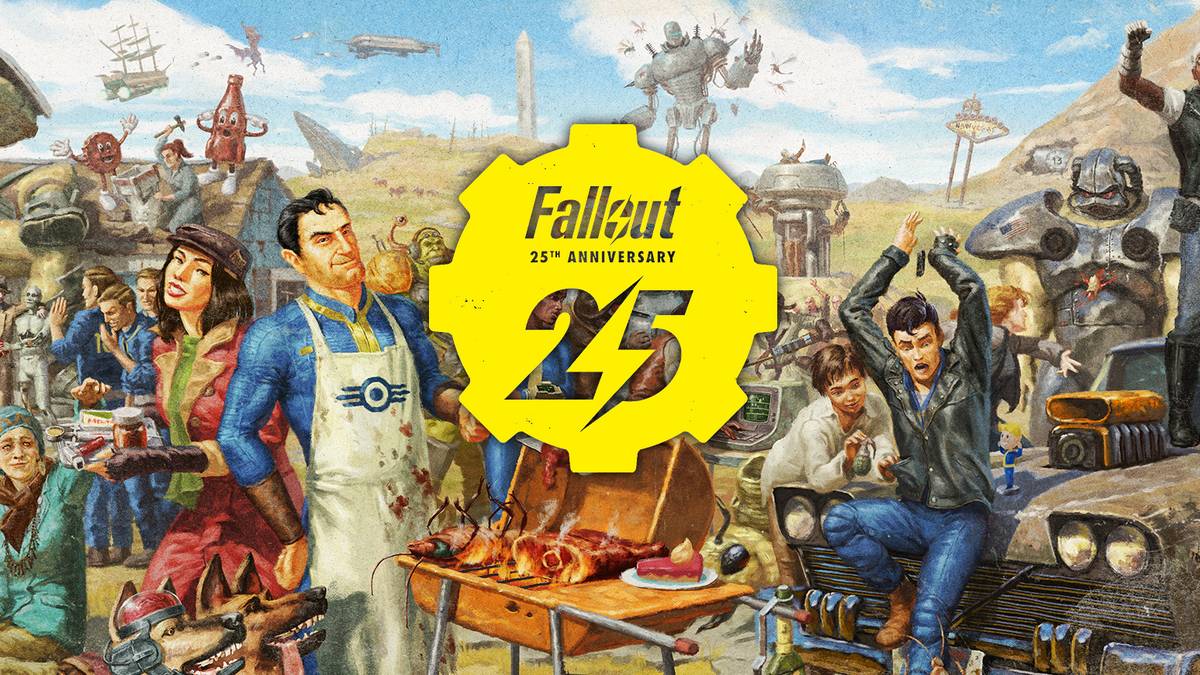 Bethesda Softworks’ iconic RPG, Fallout is celebrating its 25th Anniversary this year. The legacy began back in 1997 on October 10th, as Interplay Productions released this PC game, based in a post-apocalyptic world. And now, on the occasion of the 25th Anniversary, Amazon Prime Video has gifted us the first look at its upcoming Fallout TV Series. Additionally, a massive update has also been revealed for Fallout 4. Find out more about these developments as you read on.

Fallout TV Series is now confirmed to be in development at Amazon Studios and Kilter Films. The latest update comes from the official Twitter handle of Prime Video, who reveal the exclusive as “something special for the occasion” of the 25th Anniversary. It is a picture that looks like is from within a Vault. We can see the silhouette of a mysterious figure at the entrance of the Vault, as two people in ‘33’ jumpsuits look on.

Congratulations and Happy 25th Birthday! We made something special for the occasion. #Fallout #Fallout25 @BethesdaStudios @Bethesda @Fallout @Kilter_Films pic.twitter.com/eFg7t5O8Wa

Vault 33, is one of the comparatively smaller vaults from the game, located in San Diego. Regardless, not much of Vault 33 has yet been explored in the games. As for the latest reveal, yes it doesn’t look like much, but it probably is a start for some major reveals coming up soon. Till then, you can take a look at these other pictures leaked earlier, that were presumed to be from the sets of Fallout.

Fallout TV series is produced by acclaimed producers Jonathan Nolan and Lisa Joy’s Kilter Films. They’ve worked on TV shows like Westworld earlier. As for the cast, reports have revealed that it includes Kyle MacLachlan, Xelia Mendes-Jones and Aaron Moten. Walton Goggins has been roped in to play Ghoul, as per his Instagram post from a few months ago. We however still have no news on the release date of the show.

In a blog post for the 25th Anniversary, Bethesda has announced a next-gen update coming up for Fallout 4 in 2023. Fallout 4 launched back in 2015, and since then has been available on Xbox One, PlayStation 4, and Microsoft Windows only. The game will now be getting a free update for next-gen, that is Xbox Series X|S, PlayStation 5, as well as Windows PC systems. It will reportedly include “performance mode features for high frame rates, quality features for 4K resolution gameplay, bug fixes” and bonus Creation Club content.