The G733 is meant to offer a premium audio experience to gamers in the mid-premium segment. Here is our review for the Logitech G733 LIGHTSPEED Wireless RGB gaming headset. 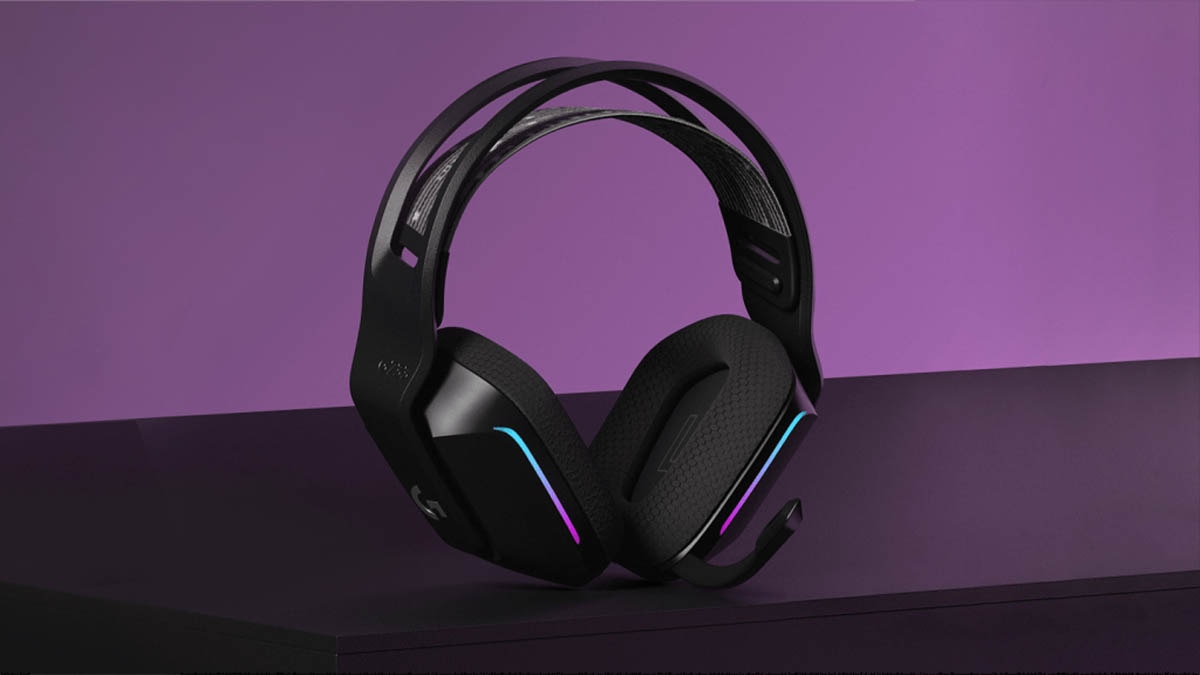 Swiss-American computer hardware maker Logitech is known for its computer peripherals including mice, keyboards, headphones, webcams, speakers, and more. The company maintains several product lineups to cater to different aspects of the market including the Logitech G series. This product lineup including different products that the company makes for gamers including keyboards, mice, headphones, mousepads, and more. The lineup also includes streaming gear, driving peripherals, gaming controllers, and furniture. Logitech launched one of its latest products, the G733 LIGHTSPEED Wireless RGB gaming headset in the market last year. It is one of the first wireless audio headsets from the company to land on the market.

Specifications of the gaming headset

The first thing that you will notice about the Logitech G733 LIGHTSPEED Wireless RGB gaming headset is its design. It screams unapologetic-ally gamer in terms of the design and aesthetics with the RGB adds to it. In addition to the plastic body, Logitech has also added “dual-layer memory foam” for the ear-cup area. We also get an adjustable suspension area behind the ear cones for changes to the fit depending on user-preference. This suspension mechanism works along with an elastic strap that comes with the headband to ensure a comfortable fit.

Logitech has also added some physical buttons on the G733. The USB Type C port for charging, the power button, the microphone, the volume wheel, and a dedicated button are located below the left ear-cup. As mentioned above, the G733 also features a removable microphone that functions on the trusty 3.5mm audio jack mechanism.

Overall, the G733 features a flashy but good design. The suspension mechanism and the elastic strap along with the headband offer a comfortable and good fit to our small ears. We did not face any kind of discomfort during long gaming or music listening sessions. However, things did get a tad bit uncomfortable when we wore a woolen cap during the winters. This is because the G733 applied more pressure on the ear area due to slightly tighter tolerances.

Besides the design, the second design element that works in favor of the Logitech G733 LIGHTSPEED is the 278 grams design. This ensured that the weight of the gaming headset did not cause any discomfort during long periods of use. The included USB adapter for the LIGHTSPEED connection via the 2.4GHz band is slightly bigger. It works fine for a PC but becomes slightly problematic for a thin-and-light gaming laptop. Logitech should reduce the size of the USB Adapter in the future.

Moving to the RGB, this is the primary element that pushes the G733 into the realm of gaming peripherals. It looks cool but one can barely see them with their peripheral vision. The RGB lights are also likely to cause issues for users with glasses as the light will reflect on the lenses. One can turn it off with the Logitech G Hub software but there is no recourse while using the headphone with a console.

The Logitech G733 LIGHTSPEED Wireless RGB gaming headset offers great performance when it comes to audio quality across the board. We experienced good quality audio during our gaming or content consumption sessions with the headset. Focusing on the gaming aspect, the G733 provided good directional audio with crisp clarity. Talking about the sound quality, the headset offers a good volume range along with somewhat exaggerated bass. This bass tends to overshadow some finer details of the audio during music playback across the frequency range. One can turn off or tweak this behavior in the software to make things better.

It is also worth noting that beyond the bass, the performance of the G733 headset is not pitch-perfect. The gaming headset offers muddy output in the low-end at times and sports a very ordinary microphone. There is nothing special about it considering the price. Users can either use Blue VOICE microphone voice filter technology to make things better. One can also use Nvidia Broadcast to get rid of distractions in the background. However, the design of the ear-cups does not offer great isolation background sounds easily leak through and mix with the audio output. Better isolation could elevate the audio performance of the G733 to the next level.

Logitech uses its Logitech G Hub software to control all aspects of the Logitech G733 LIGHTSPEED Wireless RGB gaming headset. Once connected, the G Hub software divides the features into four tabs including “Headphones”, “Microphone”, “Assignments”, and “LightSync”. As the name suggests, the Headphones section offers controls over the equalizer with the option for different presets. The user can also toggle or tweak the DTS:X v2.0-powered surround sound functionality on the earphone.

Moving to the Microphone, we get control over “Blue VOICE” and built-in voice presets. G Hub also offers different options for Voice EQ along with the “Mic” input and output levels. The software also offers options to program the dedicated button with audio controls, commands, keys, actions, macros, and system commands. By default, users can tap the button to get an audio output sharing the battery level or long-press to stop the audio output. To clarify, this long press does not pause the audio playback.

The final section of the software provides control over the RGB on the Logitech G733 LIGHTSPEED Wireless gaming headset. One can even sync the lighting with other RGB Logitech peripherals. We can also check the current battery level along with the approximate battery backup available. Buyers can also disable the battery state voice prompt in the settings. Finally, the company has also added a power management option where the headset turns off after 30 minutes of the idle state. Overall, the software offers a good set of features to users to control the G733. This app is currently not available on gaming consoles to offer granular control for the headset.

The Logitech G733 LIGHTSPEED Wireless RGB gaming headset is a really good gaming peripheral from the computer hardware maker. The audio quality and performance that the Logitech G733 is in line with what we have observed in the past. It is one of the best in its segment rivaling other over-the-head competitors. We know that it is not perfect, and Logitech needs to make small fixes to the headset to push it to the next level. However, it is likely one of the cleanest and stylish offerings out there.

Anyone looking for a good-performing, stylish RGB gaming headset with their new gaming rig can get the G733. If you want something other than Logitech then you can look at options from SteelSeries, Asus, HyperX, Corsair, and more.