The Last of Us Episode 2 recap: Joel and Ellie’s iconic moment recreated

'Well, is that everything you hoped for?' 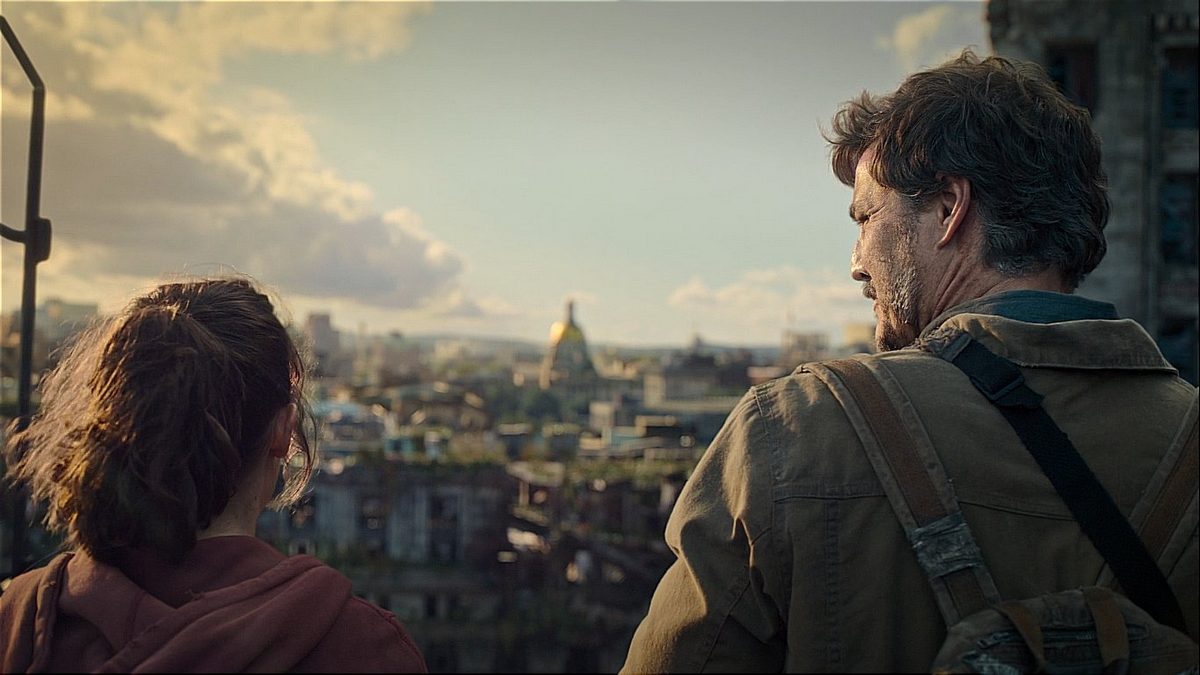 Welcome back to The Last of Us recap and today, we’ll be dissecting (not in the same manner as professor Ibu Ratna) the second episode. There’s a lot to dig deep into as the second episode pretty much opened the floodgates with a plethora of new information and moments to deal with.

Fan-service at its best

Let’s start with that moment on the rooftop of the museum. Also, a shoutout to all those who’ve played the game and pointed to the screen like the Leonardo DiCaprio meme from Once Upon a Time in Hollywood.

This scene from Naughty Dog’s game was not just iconic but symbolised hope when playing the game. Neil Druckmann made sure the fans felt that same connection with the show, which this scene gave to gamers when playing The Last of Us.

Much like the opening scene of the first episode, the second kicked off with more backstory. This time, the show took us to Indonesia where the outbreak originated from. This episode also confirmed the flour theory that I covered in the previous recap.

Professor Ibu Ratna’s scenes further solidified the show’s narrative that the Cordyceps brain infection (abbreviated as CBI) is untreatable and the best way to stop it from spreading is to start bombing the city.

While the suggestion from Ratna originated from a sense of fear, it ultimately came real as the trio of Joel, Ellie and Tess made their way out of the Quarantine Zone into a ravaged Boston that has been bombarded in a bid to stop the infection from spreading.

How does Tess die in The Last of Us game

We had our first look at the Infected in this episode as Joel and Tess managed to kill two of them off. However, at the expense of Tess and Ellie being bitten. While Ellie didn’t get infected, Tess’ infection started spreading.

Tess drew her last breath at the end of this episode, bidding Joel farewell while propelling him towards his journey with Ellie. While we saw a perfect recreation of ‘the view’ earlier, Tess’ death is one of the first major branching storylines the show has created when compared to the original scene.

Just to recap, Tess died in the show by staying back because she was infected and to buy Joel and Ellie time to escape as a horde of Infected were on their way to the State House.

In the game, Tess also got infected but instead, she chose to stay back to fight off FEDRA soldiers who were looking for Ellie.

The Last of Us Episode 3 preview

We've got episode 3 next week where we'll be introduced to Bill and Frank. Neil Druckmann has already revealed that the storyline for Bill and Frank will play out differently and fan theories about the duo having a romantic relationship could finally be answered in the coming episode. The Last of Us Episode 3 release date and time is  January 29 at 6 pm PT / 9 pm ET for US and January 30 at 8:30 am for India.

The Last of Us episode 2 was much more fast-paced, while carefully handling the responsibility of telling the origin, world-building and establishing an understanding of this post-apocalyptic world and its many horrors.

Professor Ibu Ratna’s assessment, Joel’s instant explainer about the Infected being blind but not deaf, and Tess’ elaboration of how the Infected are connected with each other through the Cordyceps fungi which are operating as a hive. All of that was laid out while maintaining the tension and thrill of encountering an Infected.

Is this the greatest video game adaptation of all time, as many have declared it to be? I think it’s too early to decide. As Ellie said, the Jury’s still out. But so far, it’s looking like the real deal.