Welcome back to India Today Gaming's latest round up of gaming and esports news. Check out all the latest updates of September 21 from the video game industry right here. 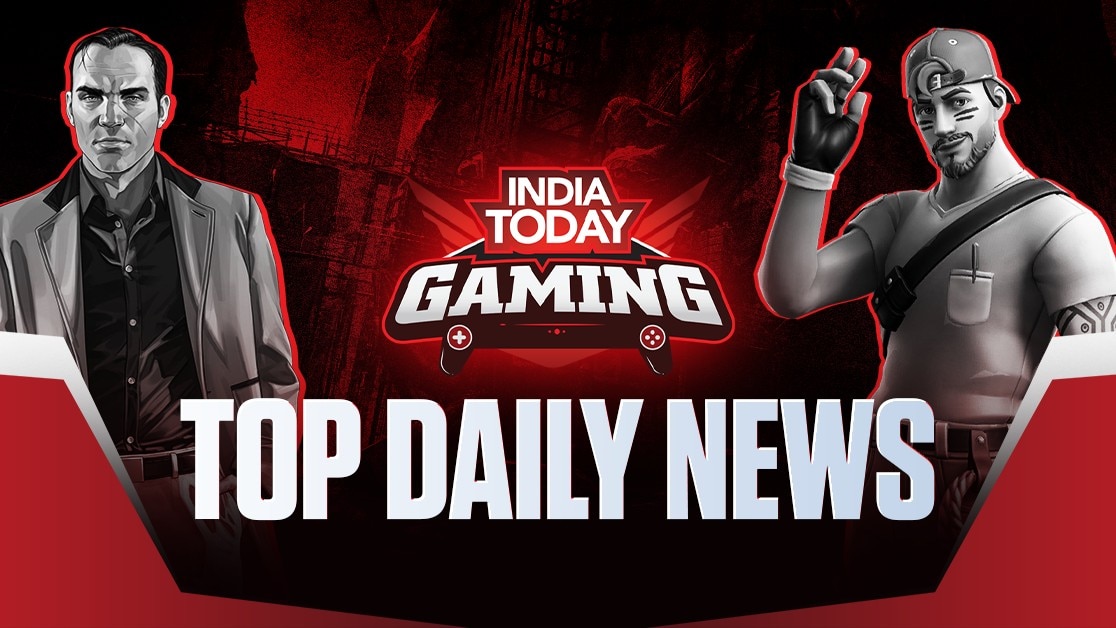 Nvidia has released their new flagship RTX 40-series GPUs, their latest DLSS 3 upscaling technology and other exciting announcements that we've listed right here for you. Marvel's video game universe continues to expand as EA has just confirmed development of an Iron Man game. Speaking of Marvel, Spider-Man dropped on PC recently and its already the third-highest selling game on Steam. Find your daily dose of gaming news right here at India Today Gaming.

NVIDIA has just revealed the RTX 40-series GPUs at the GTC 2022 keynote. The RTX 4080 and 4090 models were unveiled by the company. The new Nvidia GeForce RTX 4080 and 4090 are built on the latest Ada Lovelace architecture. RTX 4080 has two configurations with the 12GB and 16GB variants releasing sometime in November. The RTX 4090 will be released on October 12 along with DLSS 3, the latest upgrade to Nvidia's supersampling technology.

Marvel is collaborating with Electronic Arts to further expand the superhero company's foray into the gaming world. Electronic Arts Motive Studio will be developing the upcoming third-person single-player Iron Man game. Bringing the experience of Marvel's Avengers and Guardians of the Galaxy game with him, the EA studio will bed by Olivier Proulx. This Iron Man game is set to feature an original story for Tony Stark aka Iron Man.

The news is out! 🎉We couldn’t be more thrilled to collaborate with @MarvelGames on an all-new single-player, action-adventure Iron Man game. While we're still in early development, this is an exciting new adventure for our studio: https://t.co/zpuT61TKtV pic.twitter.com/309lhm02dY

Sony has now added several more games to their game catalogue which is available for PS Plus Extra and Premium members. These games will be made available from September 20 onwards. Deathloop, Assassin’s Creed Origins, Watch Dogs 2 and Dragon Ball Xenoverse 2 are some of the games added to the game catalogue. For Premium members only, there's some more games on offer including Syphon Filter 2 and The Sly Collection. Check all additions to PS game catalogue on official Sony blog.

Epic Games Store has announced its latest weekly free giveaway games. Action-adventure survival game Ark: Survival Evolved from Studio Wildcard and Asmodee Digital’s Gloomhaven can be claimed for free by Epic Games users from September 22 to September 29. Gloomhaven is an RPG game based on the tabletop game. Both games will replace Spirit of the North and The Captain as the free titles on offer.

The records of the US National Purchase Diary Panel (NPD) showed Marvel’s Spider-Man jumping ranks to claim the third spot amongst August’s Top Sellers. The game which originally launched for PlayStation in 2018, went on to hold Rank 84 as per recent records. However, the launch of the PC port of the Remastered version on August 12 seems to have done the trick, making it the third most-selling title of the month.

In another move by the gaming community against gambling, Twitch has now announced a ban on gambling platforms. The decision announced on 20th September however was directed towards only those sites that were unlicensed. The move was actually a response to the Twitch boycott threats by popular streamers like Pokimane, Mizkif and Devin Nash. Additionally, several creators on the popular streaming platform were pushing the authorities to take steps against online gambling, citing its harmful effects.

An update on gambling on Twitch. pic.twitter.com/lckNTY9Edo

Xbox One game discs can now run on Xbox Series X consoles, even without the net

Microsoft’s latest update-2206 for the Series consoles, now allows you to run Xbox One game discs on your Xbox, without the internet. This update, which rolled out earlier this year in May, removed the online DRM (digital rights management). This online DRM was considered a hindrance, especially in the Series X, as it had no provisions for unforeseen circumstances like power outages, etc. The removal has been confirmed Xbox’s lead engineer, Eden Marie, via a statement on Twitter.

Yes, this is true since the 2206 update. We examined data since Series X|S launch & determined the online compatibility check isn't needed in the vast majority of cases for Xbox One discs. Some games may still need to be updated online after install to ensure the best experience.

PUBG developers Krafton has just launched a concept trailer for their upcoming IP based on the fantasy novel The Bird That Drinks Tears. The trailer has been titled, ‘The Nhaga Eater’. The project has not been announced yet, but Krafton had first announced its acquisition of the rights to the novel back in 2021. Earlier this year, they revealed that an artbook on the same, demonstrating the visual R&D results, was scheduled to launch by the end of 2022.