In addition, the company also outlined some other aspects around Keanu Reeves’ character Johnny Silverhand, and improvements for game streamers. Let’s check out everything new about Cyberpunk 2077 here. 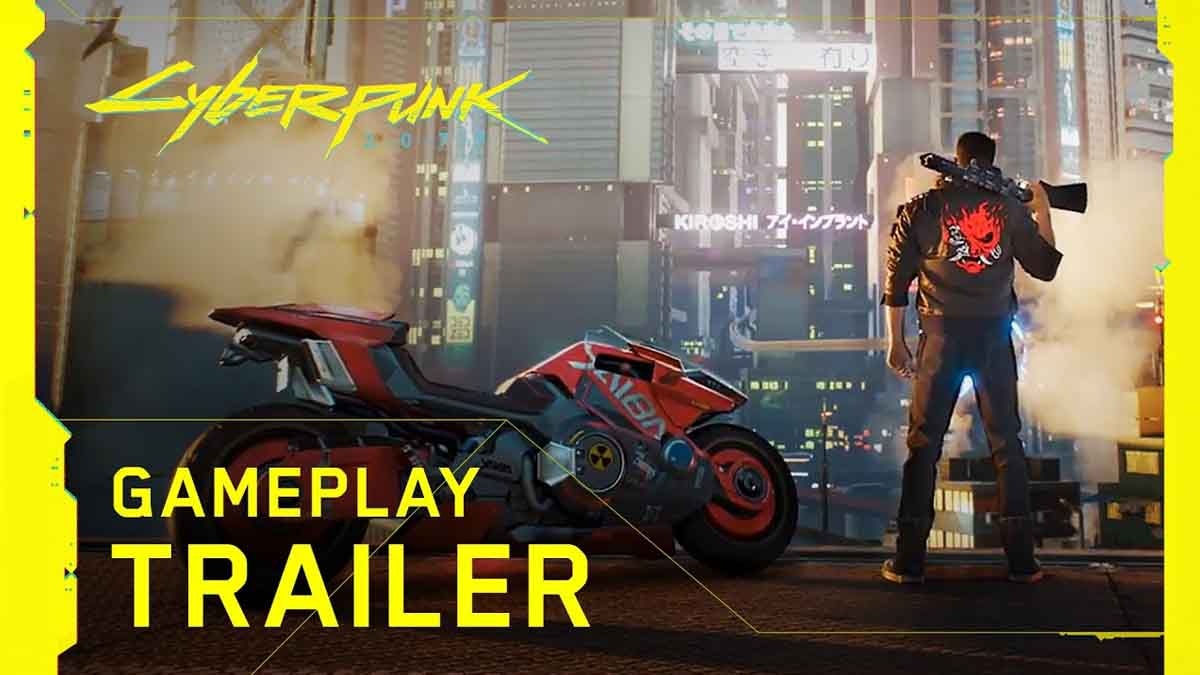 CD Projekt Red has just launched a new trailer for its much-anticipated AAA game, “Cyberpunk 2077”. Unlike the previous trailer, this new trailer is a 5 minute and 13-second-long “Gameplay Trailer”. As the name states, this trailer focuses on the gameplay aspect of the upcoming title. It comes with a narration that shares details about what CD Projekt Red has focused on while crafting the game. The narration highlights multiple aspects of Cyberpunk 2077. Some of these include exploration of the world, player choices that change the story, and character development. In addition, the company also outlined some other aspects around Keanu Reeves’ character Johnny Silverhand, and improvements for game streamers. Let’s check out everything new about Cyberpunk 2077 here.

First, let’s talk about the gameplay trailer of the game that just landed including the setting, the plot, and more. The game is set in 2077 where an economic crisis and Nuclear war have left America in ruins. Most of the country is in ruins with an increasing portion plunging into lawlessness. Night City is the only great city left in the country (and the world). Anyone looking to make it is moving to this city from across the country making it overcrowded. The city is also the home to cutting-edge manufacturing giants offering plenty of hope for its residents. However, multiple factions are struggling for control including the government, gangs, corporations, hustlers, religious cults, and more.

The player will play the part of a cybernetically-enhanced urban mercenary who works for money. The trailer displays skills, gear, and reputation for progression. Players earn money, experience, and skill points to upgrade their body, and weapons with a fleshed-out skill upgrade system. One also needs to upgrade skills to create a healthy combination to combat enemies in the game. The player steals a prototype biochip that can set them for life. However, the container of the chip is damaged which forced the player to insert that chip in their body. The chip includes a digitized version of an infamous terrorist Johnny Silverhand. For some context, Keanu Reeves is portraying the character inside the game. We also get to see multiple customization options including fashion, and vehicles. CD Projekt Red also noted that Keanu Reeves’ character is also playable in the game. This is because the character, Johnny is in the head of the primary character. This allows him to take control of the character as per the teaser. In addition to the official story trailer, the developer also shared the official story trailer of Johnny Silverhand along with a BTS (Behind the Scenes) video with Keanu Reeves. All these segments are part of the Night City Wire: Episode 5, an in-depth video series available on YouTube. CD Projekt Red shared details of the game along with interviews, and a closer look in this video series. The complete video is available on YouTube.

Finally, the company also outlined some aspects of the game to make it friendly for video game streamers. Looking closely, the company has added a new option in the game that disables copyrighted music in the game. This ensures that the players can avoid DMCA strikes on the channel. In addition to muting the music, Cyberpunk 2077 will replace the section with original music that won’t cause any issues in the streams. As per the information, the company has added about 150 custom songs on the Night City radio. Some of the high-profile music artists that had contributed their music include Grimes, Rat Boy, Run the Jewels, Nine Inch Nails, and Angels & Airwaves drummer Ilan Rubin.