Microsoft Xbox Game Pass to get back GTA V; more than 50 xCloud games get touch controls

The company also shared the changes that are coming to the Game Pass experience on consoles along with upcoming DLC updates. Here is everything new we know about the Microsoft Xbox Game Pass subscription service. 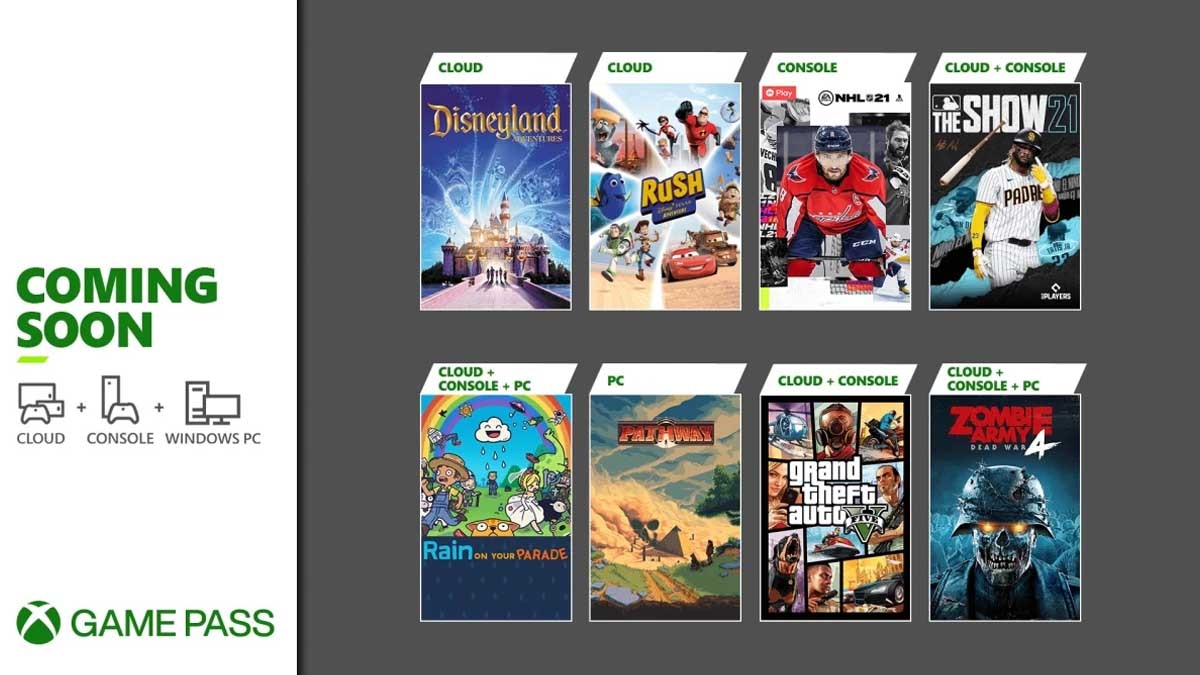 Microsoft has just shared a new announcement regarding its video game subscription service Xbox Game Pass. This new announcement outlines the new games that will land on the service in April 2021. It also shared the changes that are coming to the Xbox Game Pass experience on consoles and upcoming DLC updates. The list of changes also includes new Game Pass Ultimate Perks, quests, and the titles leaving the service. Finally, the list also includes the list of more than 50 xCloud games that will get touch controls. Here is everything new we know about the Microsoft Xbox Game Pass video game subscription service including April 2021 titles.

The highlight of the new Xbox Game Pass update is likely the new titles coming to the service. Microsoft revealed that the popular open-world game Grand Theft Auto (GTA) V is coming back to the service. However, this time, the title will also come to xCloud players along with console players on April 8. Besides, Zombie Army 4 is heading to all Game Pass supported platforms on the same day. Microsoft also noted that Disneyland Adventures and Rush: A Disney/Pixar Adventure will come to xCloud along with GTA V.

Mere hours after the new games, Xbox console players will also get NHL 21 on April 12. Game Pass subscribers will get Rain on Your Parade on xCloud, Console, and PC with Pathway for PC on April 15. Finally, xCloud and Xbox console users will also get MLB, The Show 21, previously a Sony PlayStation exclusive title on April 20. Microsoft also noted that interested players can play the game with their friends on PS4 or PS5 using cross-platform play.

Those thumbs of yours have had years of practice. Let's see what they can do.

Other updates to Xbox Game Pass

Xbox is also updating the Game Pass experience available on the Xbox consoles. As part of the update, Microsoft will add a new section called “Play with Friends” highlighting the Game Pass titles that one can play with their friends. Selecting the games in this section will either automatically launch the multiplayer mode of the game or start the installation of the game. Microsoft also restated that Genesis Noir and Octopath Traveler are available on xCloud as part of Game Pass. Moving to the upcoming updates for Xbox Game Pass titles, Grounded Photo Mode and Among Us: The Airship updates are currently available. Besides these the Season 6 of Halo: The Master Chief Collection is coming on April 7 and Gears 5: Free Batista as Marcus Skin will roll out on April 12. New Game Pass Ultimate perks will include the Sea of Thieves: Ocean Crawler Bundle, and Gems of War: Shadow Dragon Legendary Starter Pack. Subscribers will also get Phantasy Star Online 2: April Member Pack, Apex Legends: Have Faith Weapon Charm, and Spellbreak: Chapter 2 Pass in the coming days.

Microsoft is also rolling out new Game Pass quests for Forza Horizon 4, PUBG, Alien Isolation, and The Elder Scrolls Online: Tamriel Unlimited. Finally, the company also noted the games that will soon leave the service. Deliver Us The Moon, Gato Roboto, and Wargroove will leave Game Pass for Consoles and PC on April 15. Madden 15, 16, 17, 18, and 25 will also leave the service along with NHL 18 and 19 on April 16 for console players.