In addition to multiple EA Play titles joining the game subscription service, five games are set to leave. Check out all the new games that will come to the Microsoft Xbox Game Pass library in April 2022 here. 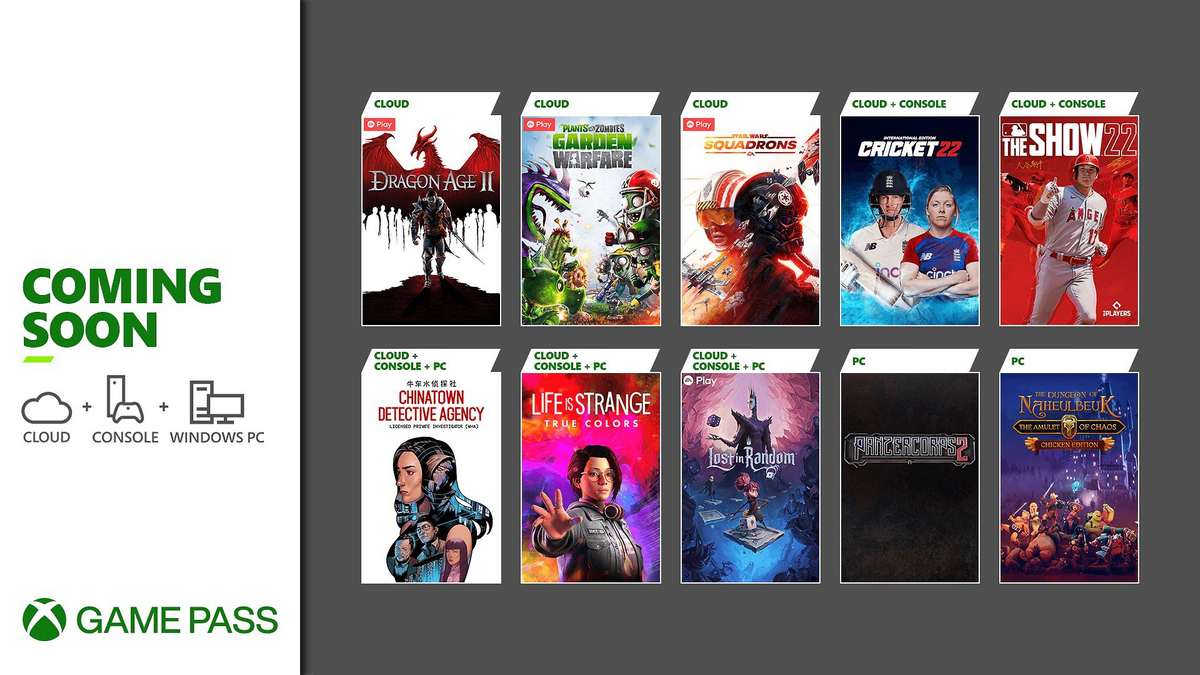 Microsoft has just shared the list of new titles coming to its video game subscription service, Xbox Game Pass. This list of upcoming games is dominated by popular sports titles like Cricket and Baseball. Some of the notable names include Cricket 22, MLB The Show 22, Dragon Age 2, and Star Wars: Squadrons. Subscribers will also get Life is Strange: True Colors, and EA Play title, Lost In Random during the month. Let’s have a look at all the changes happening to your Xbox Game Pass library in April 2022 here.

Cricket 22 made its way onto Xbox Game Pass on April 5. Interested gamers can play the game on Xbox Consoles and xCloud. Big Ant Studios launched its latest Cricket title back in December. The title is a sequel to Cricket 19, and it also serves as the official video game for the 2021-22 Ashes series.

This title is the second major sports-related game that launched on the Xbox Game Pass subscription. Like Cricket 22, Game Pass subscribers could play the title on their Xbox consoles and xCloud-powered devices on April 5. MLB The Show 22 is the first of the two Day One releases for April.

It is the second Day 1 launch that was released on April 7 for Game Pass subscribers. Chinatown Detective Agency is a point-and-click adventure game developed by General Interactive Co. The game has a cyberpunk vibe to its setting and will follow the story of a former police officer-turned-private detective. Gamers can play this title on all the Xbox Game Pass-supported platforms including PC, consoles, and the cloud.

Star Wars fans can get their hands on the Star Wars: Squadrons game on April 7. Dragon Age 2, and Plants vs. Zombies: Garden Warfare will also be released on the same day via EA Play. Lost in Random will also be added through EA Play on April 14. As mentioned above, the other notable titles coming to the service include Life is Strange: True Colors, Panzer Corps 2, and The Dungeon of Naheulbeuk. Here is the complete list of games coming including the dates.

Since new additions are being made, the rotation would see the departure of five games from the library in April. Xbox is offering a 20% discount on these five titles before they leave the Xbox Game Pass library. The list includes names like MLB The Show 21, Pathway, F1 2019, and more. Let's check the complete list of games leaving the service below:

Microsoft also highlighted some of the new games that joined the Xbox Game Pass in the last couple of months. These titles include Crusader Kings III, A Memoir Blue, Tunic, Kraken Academy!!, Paradise Killer and Super Mega Baseball 3. Games like Microsoft Flight Simulator, Anvil: Vault Breakers, Minecraft, and Sea of Thieves also got significant updates. Finally, the company also shared details about the latest Xbox Game Pass Ultimate Perks that Ultimate subscribers get in April. These perks include a 30-day free trial for Paramount+ streaming service and 3 months free trial for Marvel Unlimited. Gamers will also get some in-game items for Apex Legends and Black Desert as part of these perks.