Asus ROG Academy: The list of six finalists for the first batch of the program announced

The company got more than 2,350 applications from gamers looking to learn from the best in their quest to go pro. Here is the list of the finalists and a brief overview of Asus ROG Academy. 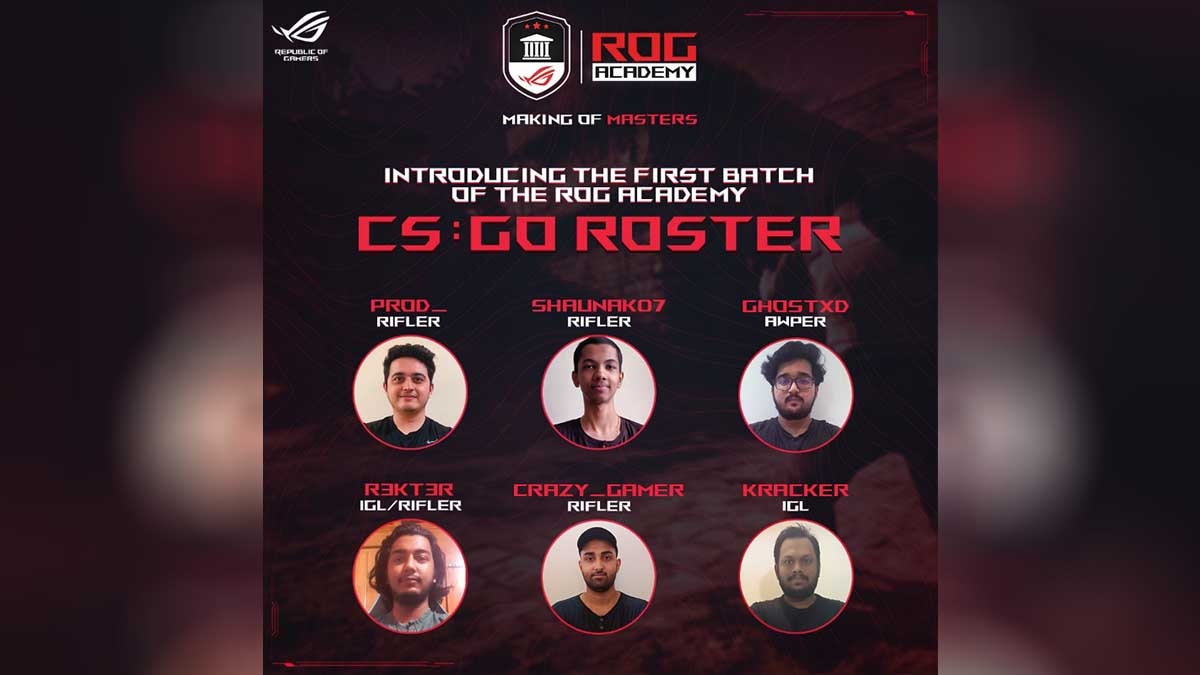 Asus ROG India has just shared the list of six finalists for the first back of its ROG Academy virtual program. As part of the announcement, the company outlined the “overwhelming response” from the Indian gaming community. The company got more than 2,350 applications from gamers looking to learn from the best in their quest to go pro. This announcement comes just weeks after the company first announced the program. According to our previous coverage, the first round of Asus ROG Academy will focus on Counter-Strike: Global Offensive (CS:GO). Here is the list of the finalists and a brief overview of Asus ROG Academy.

Asus ROG Academy finalists for the first batch out, details

The list of finalists includes Aniket Laxman Jawkar or KRACKER, Shaunak Mandar Joshi or SHAUNAK07, and Shashank Lele or PROD_. It continues with Suraj Singh or GHOSTXD, Arijit Halder or R3KT3R, and Hrishikesh or CRAZY_GAMER. The finalists range from 18 years in age to 32 years so this batch is quite diverse. As per the initial announcement, Asus will provide “tournament-ready gear” to the six finalists during the time of training. In addition, the company will also offer a Rs 15,000 stipend to players every month for a course of three months. These players will also get a Rs 1 lakh Ex-Gratia amount after the completion of the training.

Asus stated that these players will represent the Asus ROG brand in India for a period of six months. This includes the three-month training period and the three months after the training concludes. Arnold Su, the Business Head at the Consumer & Gaming PC section at the System Business group in Asus India also issued a statement. Su stated, “We take great honor in congratulating and welcoming our 6 soon-to-be champions on board with Asus ROG Academy.” He continued with, “We are equally thrilled to take this journey ahead and wish them the best for their future training.”

Su also noted that Asus was committed to helping the eSports ecosystem for the long term. He admitted that the sector was still at a “nascent” stage in the Indian market. This program will likely help the company train professional eSports players that can compete on the global stage.