Microsoft has just announced new software updates to its gaming console lineup, the Xbox Series X, Series S, and Xbox One. As part of the announcement, the company is rolling out several new features as part of the March 2021 update to all three consoles. This update brings new “Compatibility options” for backward-compatible games with easy toggles for FPS boost and Auto-HDR. The toggle options come almost a month after the company first shared details around both these features. Other features of the update include a new way to manage Xbox subscriptions, a better way to manage games, and more.

Microsoft has also updated the Store on Xbox to add a new setting for “preferred language” to make it easier for users to find games with the language of their choice. Besides, the company is also removing the TV Listings feature in the OneGuide on the Xbox One. It also brings back “Achievements” to the Xbox app on iOS and Android. Finally, the company is also updating the Xbox Accessories app on Windows, Xbox Series X, and series S to add support for the upcoming Xbox Wireless Headset. Let’s check some more detail around all these new features as part of the latest Xbox March update here.

The highlight of the Xbox March update is likely the Compatibility options on games. These options give users back control over how they wish to play their favorite games. Users can double-check the state of these options by pressing the “Xbox” button on their console and looking for the indicators below the system clock. Moving forward, the updates to Xbox Accessories app is as straight forward as it sounds. This new update allows users to customize the hardware on the upcoming Xbox Wireless Headset. These customization options include the equalizer, auto mute, mute light, and mute microphone features.

As noted above, the company is also bringing back Xbox Achievements to the Xbox app on smartphones. Microsoft is currently testing several experiences in the app for a limited set of users. Currently, the company is focusing on the list of achievements along with achievement unlocked notifications. Once these things are sorted, the company will work on other features like leaderboards for the smartphone app. The update also brings better game and Xbox subscription management with an improved experience. 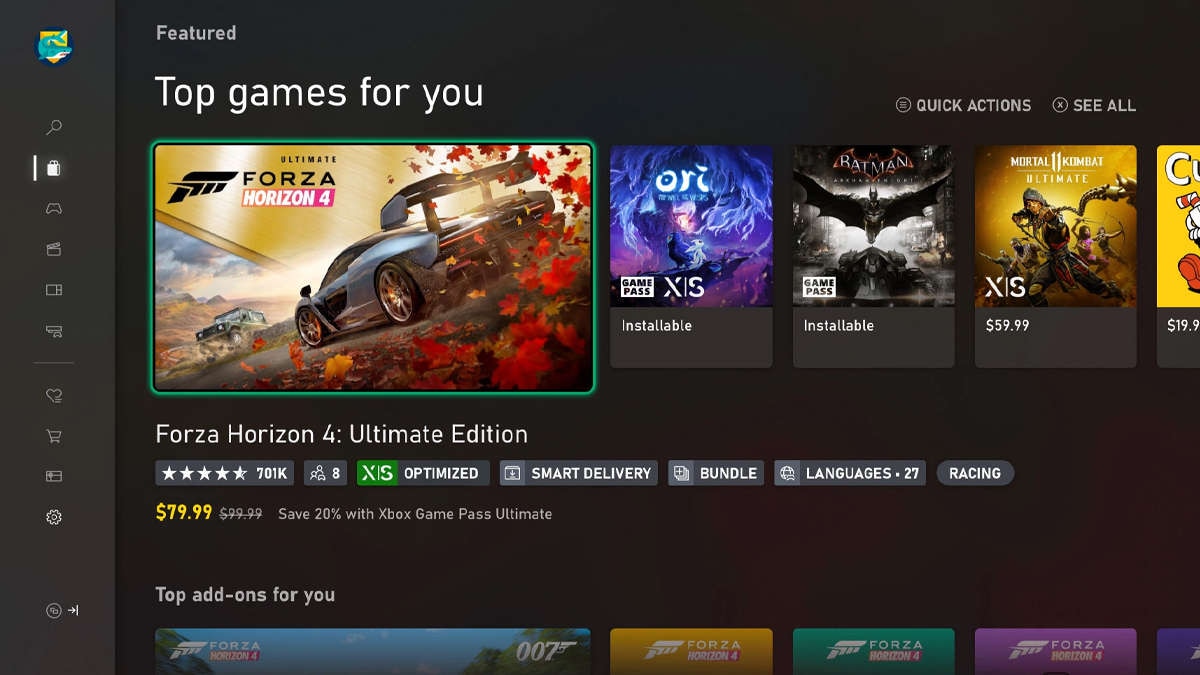 As mentioned above, the company is also removing the live TV listings feature in the OneGuide on the Xbox One console. As the company noted, it is doing this as per the user feedback. Users can still use the One Guide with the help of USB TV tuners and HDMI pass-through. Finally, Microsoft has also updated its Store and the Xbox Game Pass app on the console to add the “Preferred language” option. This makes it easier for the user to find new games that support their preferred language. Microsoft is currently collecting the language support information through three metrics including title interface, audio, and subtitles. The Store and Xbox Game Pass app currently showcase the language support for games across 27 languages along with language tags.