This internal testing is likely a stepping stone to the anticipated “Public Preview” before Microsoft launches the service. Let’s check everything new about xCloud for the web along with the upcoming event here. 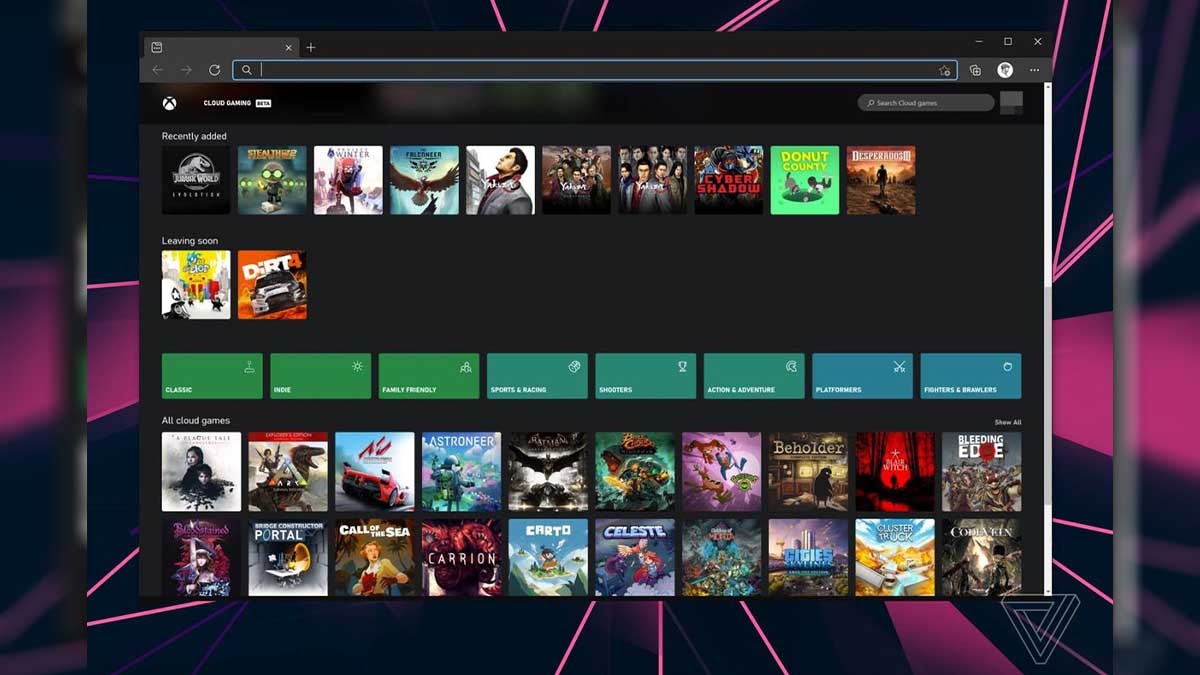 It looks like Microsoft has just started testing its cloud gaming services xCloud for the web. Some new information has just surfaced online giving us a first glimpse at the cloud gaming service for the web. This scoop came just hours after the company announced a gaming event later this month. Looking at the information, it seems like the company has started testing the cloud gaming service internally. This internal testing is likely a stepping stone to the anticipated “Public Preview” before the company launches the service. Let’s check everything the new reports outlined regarding the Microsoft xCloud for web along with the upcoming event here.

According to a report from The Verge, Microsoft employees have started testing xCloud for the web. As noted in the past, this version of the service allows gamers to access cloud gaming through a web browser. It is worth noting that this service is already available for Android users through the Xbox Android app. Now, the web version will ensure that players can access the service on desktop or iOS devices like iPhones, iPads, and even Mac. Similar to how Microsoft xCloud works on Android, the web version also features a launcher with game recommendations. It also includes a section of recently played games along with all the cloud games available on Xbox Game Pass Ultimate.

Once the player taps a game, the title launches in full screen. It is also worth noting that one needs a controller to play through the web browser. The report does not outline the gameplay resolution or the frame rates that xCloud will deliver on the web. One should note that Microsoft is using Xbox One S consoles to power the xCloud backend. This means that 4K support won’t come until Microsoft upgrades the backend with Xbox Series X hardware. Microsoft has already noted that it will upgrade the infrastructure this year but we don’t have a timeline.

The company is also planning to add this web version of xCloud in the Xbox app for Windows 10. We also got to know that gamers need to use Microsoft Edge or Google Chrome to run xCloud as it does not support other web browsers. It is likely that the company could announce the public preview of xCloud sometime between March and the end of May.

Microsoft announces a new gaming event on February 23 and 24, details

In addition to the information around xCloud for Web, we also got an announcement regarding a new gaming event. This event is called AI and Gaming Research Summit and Microsoft has scheduled it for February 23 and 24. It is also likely that it will focus on game developers, especially how they can leverage the latest Xbox consoles. The company is expected to focus on how the games are created instead of showcasing any new titles. Xbox Vice President of Gaming, Phil Spencer, and Corporate Vice President of Xbox Software Engineering, Kareem Choudhry will speak at the event as outlined on the official event page. It will also focus on four themes including AI, machine learning, player engagement, and responsible gaming.