Cyberpunk 2077 v1.2 patch update out with hundreds of changes and bugfixes

If all goes well with this update, CDPR will shift its focus on releasing free DLCs and next-gen console upgrades. In the meantime, let’s check all the details about the Cyberpunk 2077 v1.2 patch update here. 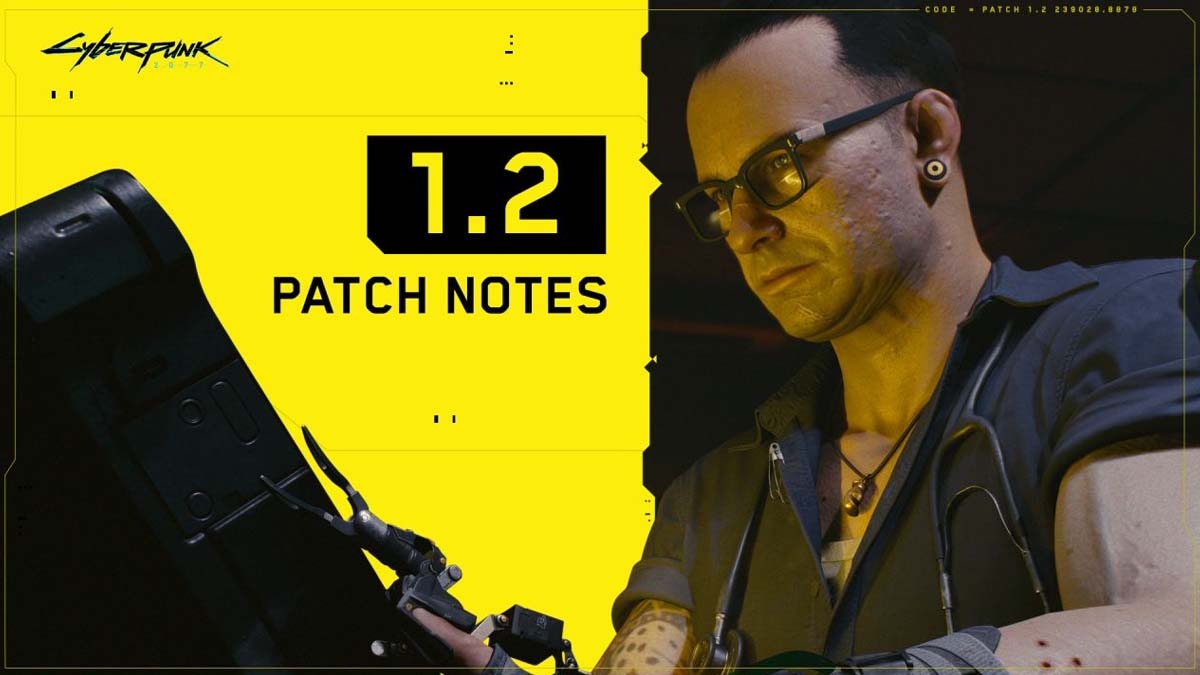 CD Projekt Red has just released the much-awaited v1.2 patch update for its latest AAA title, Cyberpunk 2077. This came just hours after CDPR first shared a massive change-log list as part of the v1.2 release notes. It is worth noting that this is the final patch of the two significant updates that are meant to fix the game. If all goes well with this update, the company will shift its focus on releasing free DLCs and next-gen console upgrades. CDPR has already outlined this as part of the release roadmap for Cyberpunk 2077. In the meantime, let’s check all the details about the Cyberpunk 2077 v1.2 patch update here.

Cyberpunk 2077 v1.2 patch release notes out along with the update

As part of the rollout, the game developer and publisher stated that the update is out on PC and consoles. Stadia users can expect the update “later” in the week. Looking at the release notes, the update likely contains hundreds of bug fixes across multiple sections of the game. The PC version of the update is at least 28.8GB in size and the console version is even bigger. Some reports have stated that the patch size is about 34GB or more depending on the platform.

The new patch was first scheduled to arrive towards the end of February, weeks after the v1.1 patch. However, a widespread ransomware attack on CDPR prompted the game developer and publisher to delay the update. The company has already stated that the new patch will focus on quality-of-life improvements including cops, and vehicle driving experience. This patch also includes ray tracing support for AMD Radeon GPUs and fixes ranging from extremely minor changes to several disrupting bugs.

CDPR stated that the fixes cover sections like gameplay, in-game quests, open-world experience, and more. The patch also covers improvements in the cinematic design of the game, environment, and game levels. It continues with bug fixes for graphics, audio, in-game animation, the UI or the game, and performance. Considering the initial set of complaints, the game developer has likely focused on the stability, and performance of Cyberpunk 2077. Players will also get multiple console-specific or PC-specific changes as part of the update. One can find the complete list of fixes in the official announcement post on the Cyberpunk 2077 website.