Right after the launch of the game, we spend some quality time with the hyped smartphone game. Here is our review for FAU-G, Fearless, and United Guards. 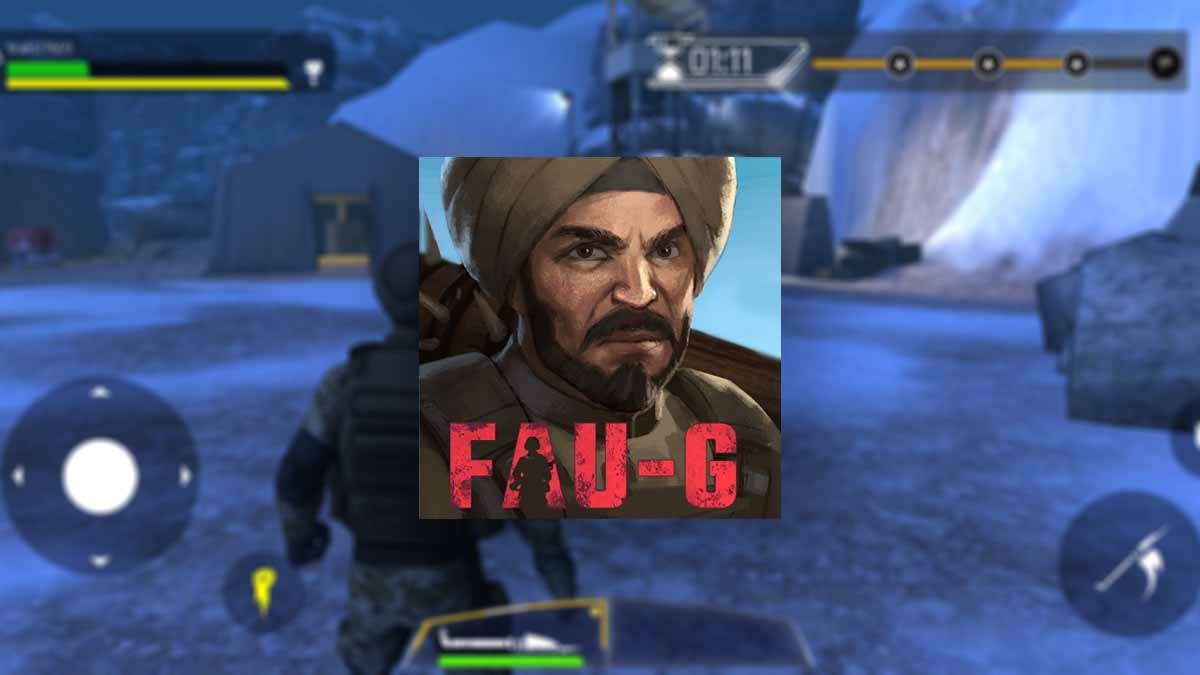 Indian game developer nCore Games has just launched its much-awaited game, FAU-G for Android users. The company initially announced the game back in September 2020 just hours after the PUBG Mobile ban. Right after the announcement, a majority of publications have equated the game to be a replacement for the popular Battle Royale smartphone title. However, the company has time and again emphasized that FAU-G is a different thing and does not copy PUBG. As noted in the past, the game is available for anyone running a smartphone with Android 8 Oreo or a newer OS. Right after the launch of the game, we spend some quality time with the hyped smartphone game. Here is our review for FAU-G, Fearless, and United Guards.

nCore Games has followed through with its initial teaser to set the game in Galwan Valley. The story follows Lieutenant. Singh as he tries to find and rescue his separated squad after an encounter with the enemy during a routine patrol followed by a sudden rockslide. The player has to fight multiple waves of AI-controlled enemy soldiers to try and locate his team including Corporal Ahmed, Dhillon, Ravi, and more. 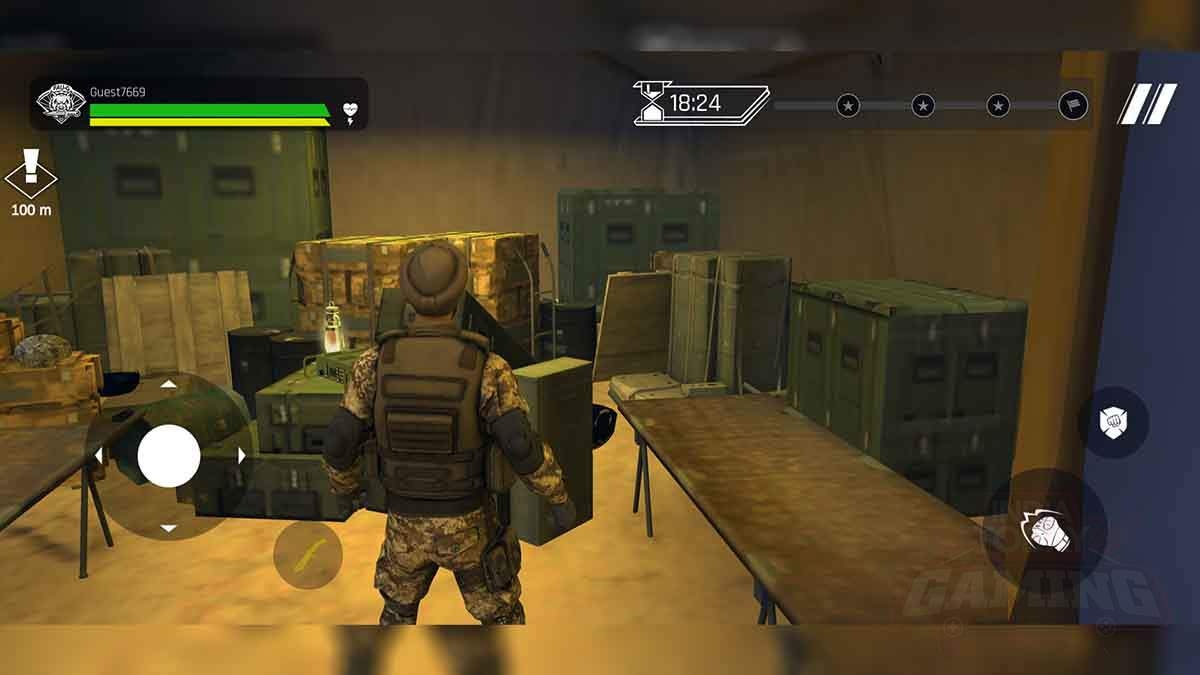 There is not much to the story as we only have one level with three checkpoints. nCore Games also noted that the team is working on exploring conflicts beyond the contemporary timeline. But, right now, there is nothing much to the game in terms of content. Players can easily beat the game after a few attempts.

Vishal Gondal, the founder of nCore Games has already noted that the company has taken inspiration from real-life incidents. Following this in spirit, the level does not come with any “conventional” weapons. Instead, the players have to depend on Melee weapons and hand-to-hand combat to take on the enemy.

Gameplay: A bug-fest that is missing a lot of basics

The Bengaluru-based development team has tried its best to craft a decent enough gameplay experience. However, in spite of the multiple delays in the launch, the current state of the game leaves a lot to be desired. The AI-controlled enemies in the game are bad, with inconsistent logic and plenty of bugs. There are times when the enemies won’t attack the player and there are times when the game deviates from its logic. Overall, the enemy players seem to line up, waiting for your attack just like in any typical Bollywood movie. 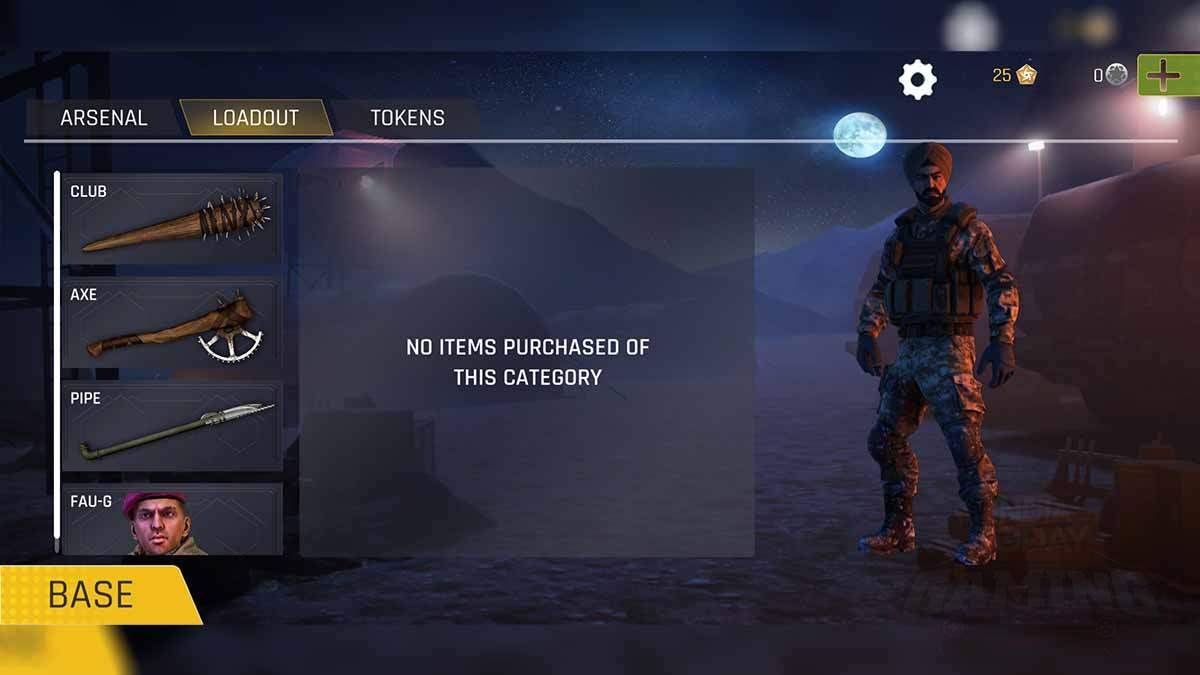 Character actions look cool but are just over-the-top at best and unnecessary at worse. In addition, the developer has also added borderline corny Hindi dialogues that feel out of place. Enemies seem to be speaking English in a weird Sino accent. Though the “Galwan valley incident is based on an Indo-China conflict, nCore Games has not explicitly mentioned the nationality of the enemy. However, we won’t dock any points about how un-real, the in-game mechanics look. There are no in-game items to interact with except collecting weapons from enemy soldiers after defeating them.

Talking about weapons, each item comes with limited health and disintegrates after a certain number of uses. So, the only thing you can do is defeat another enemy and take their weapon. This system is clunky and unreliable enough that a split second of trying to collect a weapon may push you towards defeat in the final stages of the level.

One can easily beat the game by mashing buttons and carefully regenerating their health. Talking about the health aspect, the player health does not re-generate on its own like most games. Instead, the player can use one of the many camp-fire sites across the level to replenish their health. 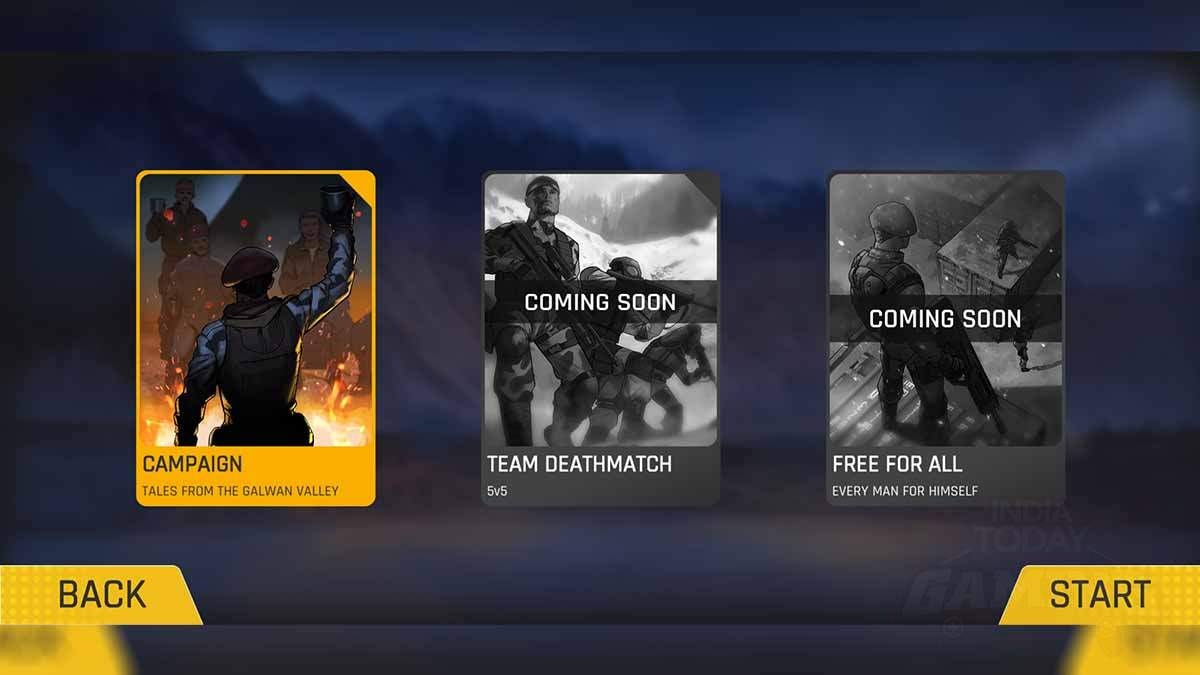 The game will offer three different modes in the game including “Campaign”, “Team Deathmatch”, and “Free for All”. However, the company has only launched “Campaign” mode at launch along with just one level set in Galwan Valley. The player can only run forward and there is nothing about running backward or even sideways. There are some funny bugs where one can simply “speed-run” (just walk backward to be precise) through the checkpoints avoiding enemy AI without fighting. Enemy soldiers will return after the player reaches the next checkpoint or point to trigger the next enemy wave. There is no level gating or sandboxes to offer a more serious experience to avoid such a bug. The in-game camera following the player is buggy and there were instances where we could hardly see anything happening on the screen.

Turns out you can skip fights in #FAUG by just moving forward 😂 pic.twitter.com/py6gL1uZoI

FAU-G comes with the “Tokens” section where one can keep track of the in-game currency earning. Players can earn the currency as a reward after consequent replays. nCore Games has also included a “Loadout” section that does not serve any purpose at launch and an “Arsenal” where players can buy new weapons and in-game characters. We also get “Honor Road”, a level progression system where the player can level up their character. 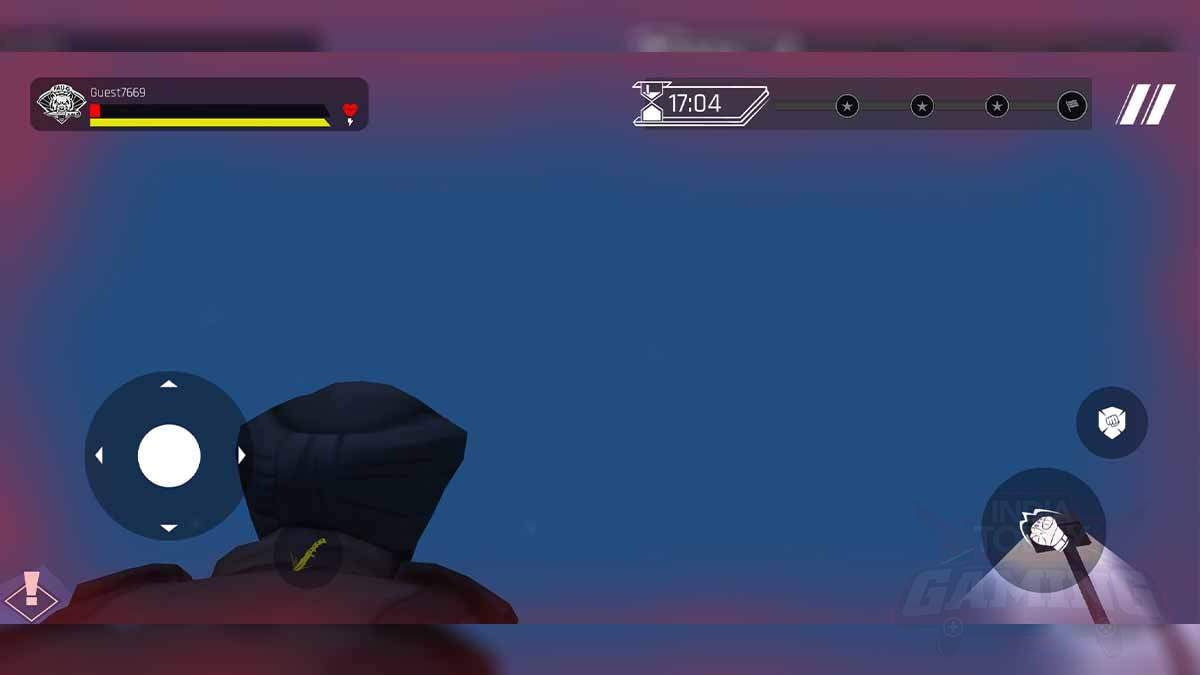 The game also includes settings for audio, graphics, and sensitivity including aim. All these aspects are as basic as one can imagine. The graphics slider allows players to toggle from “Very Low” to “Ultra” though we could not see a drastic difference. The Sensitivity section also comes with an “Aim Sensitivity” slide likely for future content updates including conventional guns. nCore Games has also tried to up the difficulty of the game by introducing a 25-minute time-limit for the first (and only) level. This limit makes things tricky enough to keep the player hooked. However, there is no option to tweak the difficulty of the game as noted on Twitter. 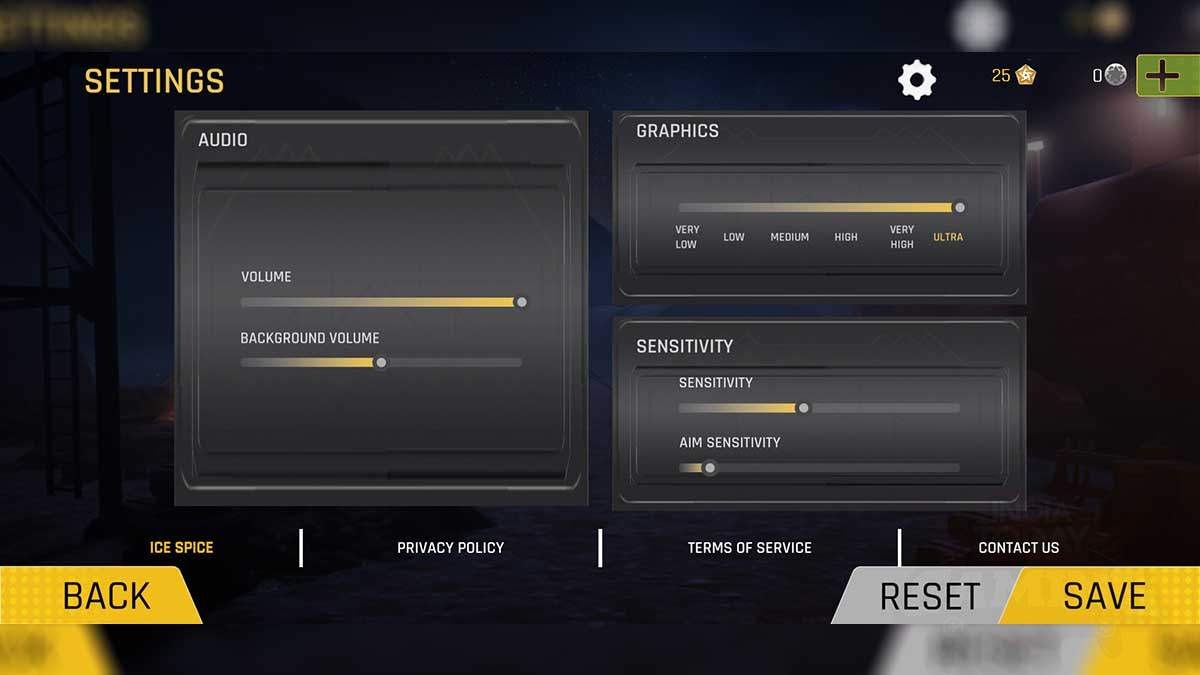 Graphics: A gleam of light in the dark This is the one aspect that somewhat surprised me during my review period with FAU-G. The company has done a decent job crafting the in-game environment. Even though it is not impressive, the highlight is that it is not as bad. nCore games can definitely improve the game with a better and more fleshed-out version of the in-game environment, actions, and graphics. But, in the meantime, this is good as a starting point. That being said, we have seen countless better-looking Android games made by smaller teams, or even individuals. In fact, this seems like a rushed-out project meant to capitalize on the nationalistic sentiments associated with January 26. As mentioned above, the game comes with a “Tokens” section to manage the in-game currency. However, this section also offers players the chance to buy the tokens with real money. nCore Games will donate 20 percent of the revenue to the “Bharat ke Vir” program. One can also play ads inside this section to earn additional in-game tokens to spend on new in-game content in the “Arsenal” section. We also saw “IceSpice”, a section that directs the player to a merchandise front where players can buy “FAU-G”-branded products. The company could have focused more on other aspects of the game instead of developing things like the “IceSpice” storefront.

Verdict: Does FAU-G miss the mark?

As a starting point, FAU-G is about okay as I was not expecting much from the game. Initial screenshots during the listing period were enough to inform us of the kind of game we will get. However, the lack of any depth content, functionality, or even experience-wise is the main problem. This clearly seems like a rushed-up job to capitalize on the interest and nationalistic feelings around Republic Day. Though the company has stated that FAU-G is not meant to replace or copy PUBG, inevitable comparisons are bound to happen. 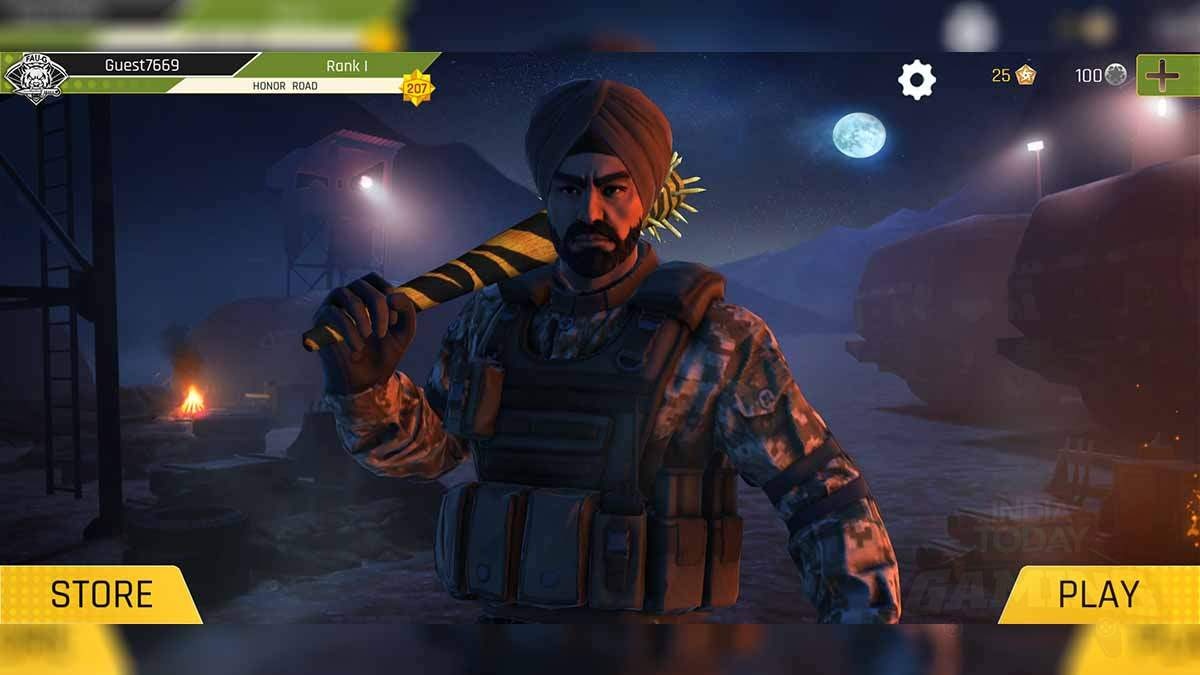 nCore Games also highlighted in an interview with IGN India that it has not added a lot of content to avoid any serious launch-day bugs. But, a buggy yet content-filled game is far more promising than a shallow bug-free one. The company needs to invest a lot of time and work to even make FAU-G worth your time. Regardless, we will keep a close watch on the game for future content updates, new modes, and more.