Microsoft also stated that FPS Boost is coming to more games in the coming weeks. Here is the list of Bethesda games that will get FPS Boost and information about the upcoming summer event. 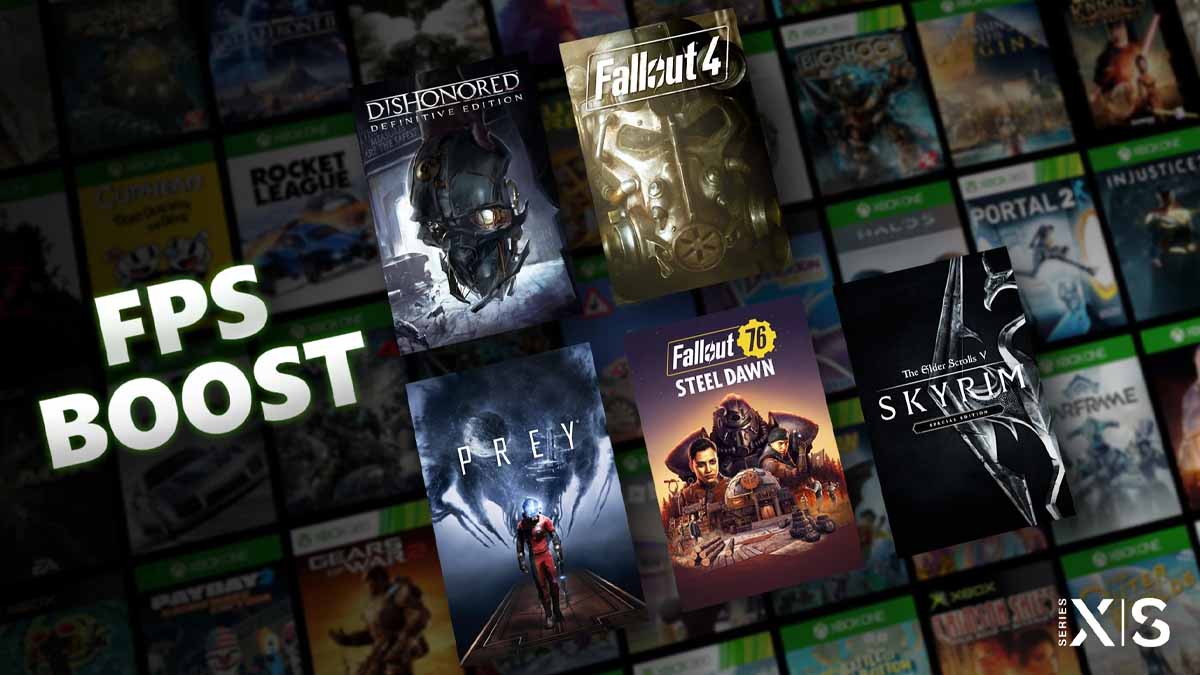 Microsoft has formally shared some new information about FPS Boost on some Bethesda titles. This comes days after the company teased the announcement in a podcast with Larry "Major Nelson" Hryb and Jeff Rubenstein. According to the announcement, Microsoft confirmed that FPS Boost is coming to “five of the biggest titles” from the Bethesda catalog. Microsoft stated that this feature update will roll out on Tuesday, March 15, 2021. In addition, the company also confirmed that it is planning a “summer event” to share more details around Bethesda. Here is the list of Bethesda games that will get FPS Boost and information about the upcoming summer event.

According to the official Xbox announcement post, we got to know the list of Bethesda games getting FPS Boost. This list includes Dishonored: Definitive Edition, The Elder Scrolls V: Skyrim Special Edition, Fallout 4, Fallout 76, and Prey. Microsoft stated that an update will roll out today for all these games enabling FPS Boost. As outlined in the past, the FPS Boost feature is only available for Xbox Series X and Series S users. In addition, users can also toggle the feature on or off depending on their preference. However, one should ensure that they have updated their console to the latest version to get this option.

Microsoft also outlined that this feature will also be available to players playing these titles using the Xbox Game Pass. The company also stated that it has “partnered closely with developers to enhance the experience.” Reiterating, FPS Boost will allow for “higher, steadier framerates” while making the “games visually smoother” and immersive. Players can expect the frame rates for all five games to jump to around 60fps from the current 30fps after FPS Boost.

The company also stated that in some instances, it has not enabled FPS Boost by default because this technology required “higher graphics requirements”. This means that Microsoft had to push down the game resolution to push more frames for a smoother experience. The company will announce more games with FPS Boost support “in the coming weeks”. This announcement came just days after Microsoft stated that 20 Bethesda games were heading to Xbox Game Pass.

More information on Bethesda at an upcoming summer event

Beyond FPS Boost, Aaron Greenberg, general manager at Xbox marketing, and Erin Lossi, the Comms executive and Bethesda global marketing also confirmed an upcoming event. Greenberg and Lossi noted that Xbox and Bethesda were “in the planning phase” of a summer event. It is likely that the companies will share more information about the partnership between Xbox and Bethesda at the event.

Greenberg also stated that this event will be similar to a traditional Xbox event at E3. E3 has shifted to a digital-only event this year due to the continued menace of COVID-19. So, we are not sure if this new event will be part of E3 or a standalone announcement.